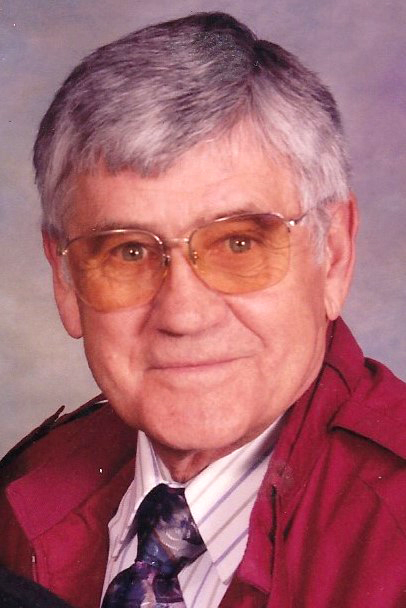 James Harold Wright of Hayes, went to be with his Heavenly Father on Sept. 29, 2020. He was 94. Harold was born into a Christian family on Jan. 2, 1926 in Iredell County, N.C., raised during his youth in Wilkes County, N.C., and then settled with his family in Alamance County, N.C. Harold enlisted in the U.S. Army June of 1946 serving as a field lineman parachutist in the 82nd Airborne Division. His passion in aviation took hold and led him to become an avid private pilot for 40 plus years. He loved to fly and visit the U.S. National Parks in the western and midwestern states, meeting people, learning the history of their culture and the geology of the land. In 2012, he was presented by the Virginia Department of Aviation and Virginia Aeronautical Historical Society with the Virginia Octogenarian Award for being an active pilot over the age of 80.

Harold moved with his wife and children to Newport News, Virginia, in 1957 joining Deer Park Baptist Church and working as an electrician. He became co-owner of P&W Electric, an electrical contracting business, in the mid-1960s before opening his own business as Wright Electric, Inc., in the late 1960s. His other businesses included Patriot Aviation at Patrick Henry Airport in 1975 and The Electric Store, a lighting showroom, in 1980. He started his residency in Gloucester Point, Va., in 1985 with his late wife Barbara. They were faithful members of the Union Baptist Church in Achilles. Harold loved life, was generous and open hearted by nature, enjoyed being with family and friends, and encouraged education with all of his children and grandchildren. He was an inspiration to many and will be greatly missed.

He was preceded in death by his wife, Barbara Haynes Wright; parents, the Rev. James Marshall Wright and Annie Katheryn Gantt Wright; his sister, Regina Donaldson and her husband William Donaldson. Surviving him are his children, Judy Maxie (Leroy), Byron Wright (Donna), Pam Dickerson (George), Patricia Shohan (Joe); sister, Lavica Apple (Alton); brother, James “Jim” Lowell Wright (Cynthia); former wife, Gladys Wright; grandchildren, Stephen Maxie, Selenia Wright, Christi Brubaker, Jared Wright, Cheris Wright, Sydney Shohan, Lauren Shohan; stepgrandchildren, Daphne and Emily Musser; 12 great-grandchildren, as well as many nieces and nephews. A graveside funeral service conducted by the Rev. Richard Whiteheart will be held at 11 a.m. on Friday, Oct. 9, 2020 at Rosewell Memorial Garden Cemetery. Many thanks to the remarkable and loving care that Valerie Bell, Scarlett Barden, Burnetta Lee-Mason, and Diana Shackleford gave over the last few years; it made all the difference. In memory of our loved one, contributions may be made to Abingdon Volunteer Fire and Rescue, P.O. Box 9, Bena, Va. 23018.
Services under the direction of Hogg Funeral Home.