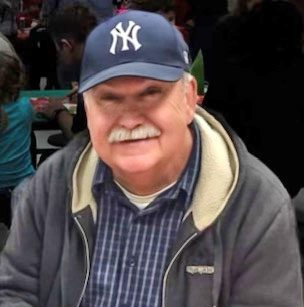 James Bland Owens, age 68, of Hayes, was called home unexpectedly by God on Friday, Nov. 4, 2022. He was born on June 21, 1954 to Woodrow “Bill” Wilson and Janice Estelle Coates Owens of Achilles, Gloucester County. He was named after a prominent Gloucester lawyer, James Bland Martin. Growing up in his early childhood he enjoyed riding go-carts with his older brother Linwood and racing them in the field across from their home. He attended Gloucester High School. He worked with his dad and brother Linwood in the James and Rappa-hannock rivers oystering. In 1978 he went to work for the Maritime Administration with the U.S. Department of Transportation at the James River Reserve Fleet, as a tugboat Captain. He retired in June 2016 with 38 years of service. James was employed at the time of his death with Gloucester County Schools as a car driver, taking children to and from school. He loved the water, gardening, camping, and his family, and was proud to be a true “Guineaman” and loved the Smoky Mountains and building computers. He was a dedicated fan of the New York Yankees and Washington Redskins, and loved NASCAR. He was a member of Providence Baptist Church of Ordinary, a member of the Abingdon Ruritan Club for 28 years, and enjoyed cooking oysters for the festival.

James was preceded in death by his parents, and sisters, Barbara Jean Thompson of Fayetteville, N.C., Shirley Mae Sterling, and Betsy Jane Jenkins of Gloucester. His survivors include his wife of 48 years, Alice Belvin Owens; son, Jamie Lee Owens of Gloucester; daughter Elizabeth Owens Spivey (Mike) of Chesapeake, and grandchildren, Blake, Logan, Reagan, and Devyn. His grandchildren were the joy of his life. Brother Linwood W. Owens (Joan) of Gloucester, along with many nieces, nephews, and cousins also survive him. The family will receive friends at Hogg Funeral Home on Friday, Nov. 11, 2022, from 6-7:30 p.m. Funeral service to be held on Saturday, Nov. 12, 2022, at Providence Baptist Church at 11 a.m., conducted by Pastor Tom Gaskins. Interment will follow in the church cemetery. In James’s memory, contributions may be made to the American Diabetes Association at P.O. Box 7023, Merrifield, Va. 22116-7023.