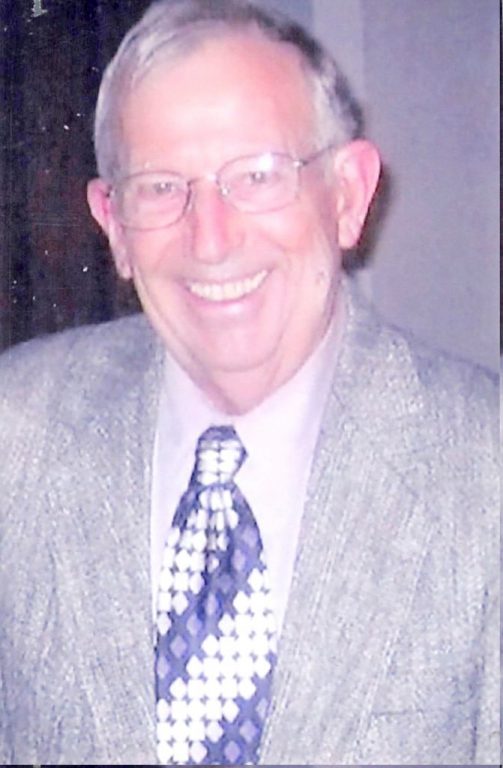 James Archie Leigh, age 93, of Hayes, died on July 22, 2021, at Gloucester House surrounded by his beloved family. Archie was born to the late Hansford Archie Leigh and Martha Elizabeth Horsley Leigh on October 2, 1927, in Gloucester, Virginia. He was one of nine children. In the following year, he was christened at Abingdon Episcopal Church. He graduated from Botetourt High School in 1945. In August of 1945, Archie became a Merchant Marine and two years later married Mary Harris Leigh in December of 1947 before enlisting in the U.S. Army in 1950 and achieved the rank of Sergeant. He retired as a Food Service Supervisor at McDonald Army Hospital at Fort Eustis, Newport News. After his retirement in 1982, he joined the staff of Hogg Funeral Home. Archie was a very active member of Bethany United Methodist Church. He became a member in 1948 after transferring his membership from Bellamy United Methodist Church. He served as a Trustee of Finance, Stewardship, Nominations, Personnel, District Steward, Lay Speaker, District Conference Delegate, and Annual Conference Delegate. At the Annual Conference, he served on a Board of Laity, Board of Evangelical, Board of Directors of Family Services, and VUMAR. In the Rappahannock District, he served as a District Lay Leader, Delegate Annual Conference, Director of Lay Speaking, Director of DOM, Revitalization Committee, Director of Superintendency, and Chairman of District Finance Committee.