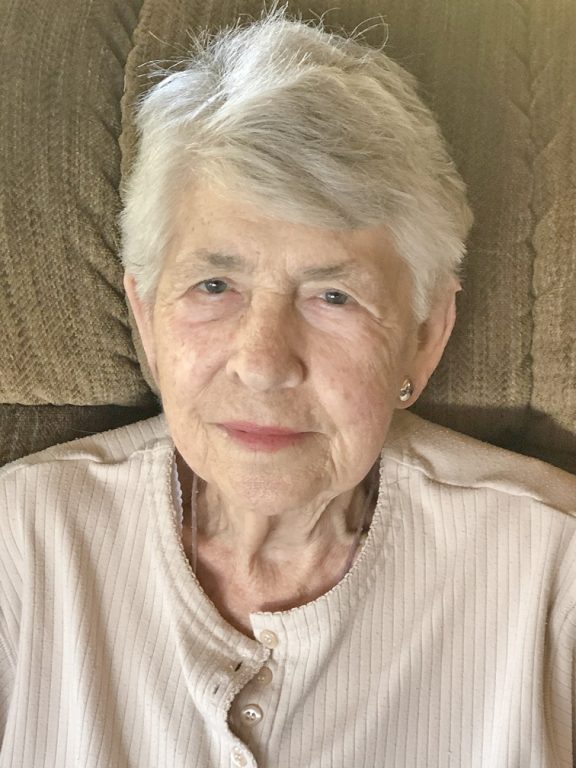 Jackie attended Longwood College and Smithdeal-Massey Business School before marrying Harry P. in 1953. Along with dedicating her life to raising her twin boys (and spending time with grandchildren), she also worked at the Department of Social Services, officially retiring in 1996. Jackie was a devoted and lifelong member of Singleton United Methodist Church, and also always had a fun time with her “Botetourt Belles.”

Jackie loved her children, grandchildren and great-grandchildren more than life itself. She was so proud and this truly showed when she rarely missed school functions, graduations, recitals, and especially her boys’ (and grandchildren’s) ball games. Her door was always open and her grandchildren best remembered being at her house during many school breaks, roaming the beach with her and, most importantly, the full-course meals she always served at her table (including quite a few pancake-eating contests). She also spoiled her grandchildren with annual trips to the circus, the Virginia Living Museum, and the Norfolk Zoo.

She lived a full, healthy, and happy life, and was the epitome of what a daughter, wife, mother and grandma should be. Jackie will be sorely missed by many, but there is peace in knowing she is “home.”

Funeral services will be held on Tuesday, Jan. 5, 2021, in Singleton United Methodist Church. Burial will be in the church cemetery.

The family would like to give a special thanks to Riverside Hospice, Anita, and Drema. In lieu of flowers, donations may be sent to the building fund at Singleton United Methodist Church, 5869 Ware Neck Road, Gloucester, Va. 23061 or the Gloucester Volunteer Fire and Rescue Squad, P.O. Box 1417, Gloucester, Va. 23061. Andrews Funeral Home & Crematory, Gloucester, is in charge of arrangements.