It’s pumpkin month: And here’s why we love them 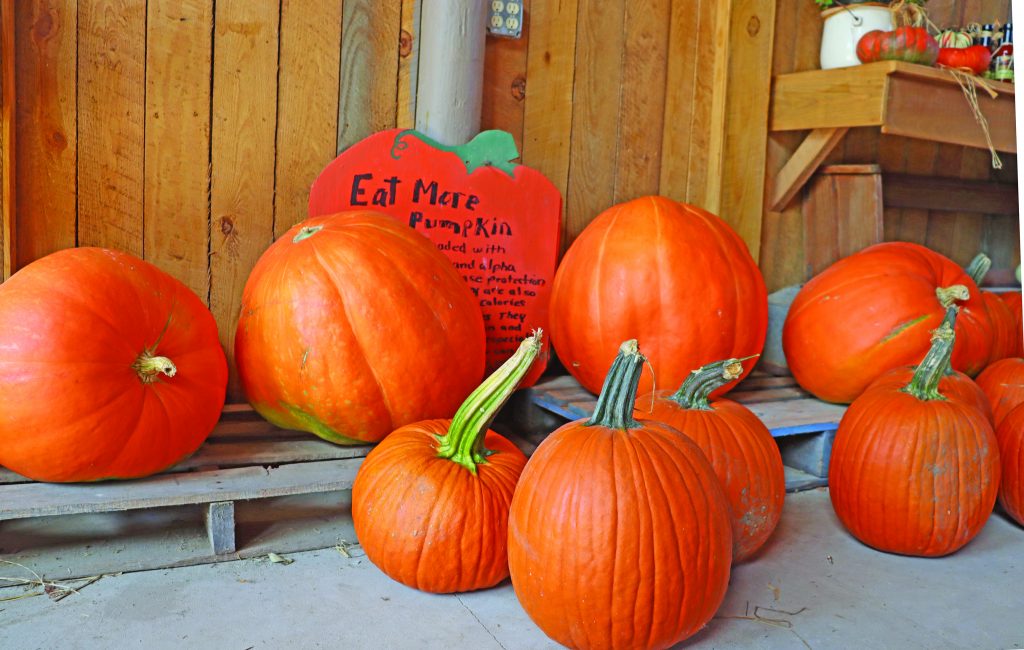 TYLER BASS / GAZETTE-JOURNAL “Eat More Pumpkin” urges the sign at Belmont Farm in North. Here are ways to do just that.

There is no denying that once autumn rolls in, the pumpkin reigns supreme either as food or a decoration. October is National Pumpkin Month.

Archaeologists discovered the oldest domesticated pumpkin seeds in the Oaxaca Highlands of Mexico and believe the pumpkin, a member of the squash family, originated in Central America over 75,000 years ago. The first pumpkins, hard, small and with a bitter flavor, have little resemblance to the 45-plus sweet and savory varieties we have today. Pre-Columbians cultivated pumpkins for their flesh.

“Pumpions,” as they were once called, are an important part of the diet of many people worldwide. These typically orange squashes are 90% water, low in fat and sodium but high in fiber. You can eat every single part of this fruit, skin, leaves, flowers, pulp, seeds, and even the stem. One cup of canned pumpkin purée has fewer than 100 calories.

In its journey the pumpkin has covered six of our seven continents, with Antarctica the sole exception. ...