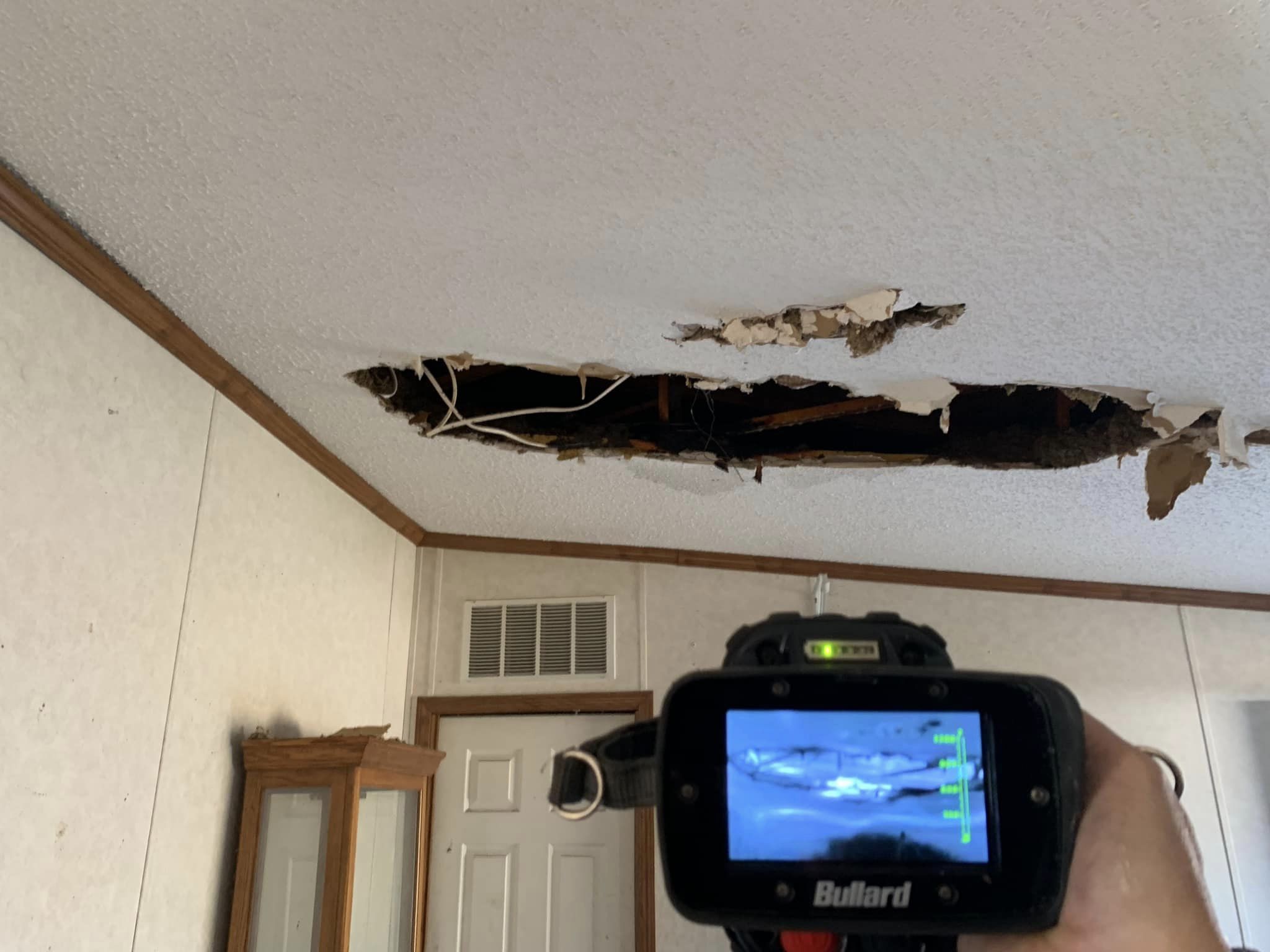 GVFRS PHOTO A thermal imaging camera helped Gloucester Volunteer Fire and Rescue Squad find a hidden fire in the attic of a home. It also identified the source of the fire, when a heat signature showed up following an electric line (visible in the photo as a white line in the ceiling) that led to an overloaded electrical outlet.

Villani said the squad responded to a report of a possible structure fire last Thursday and found the fire with the help of a thermal imaging camera. The hidden fire was in the ceiling, he said, and it was due to an overloaded circuit from having too many extension cords connected to a single outlet.

The thermal imaging camera showed the “heat signature” where the fire was located, he said, including the heat signature of the electric line that ran from the overloaded outlet to the fire in the ceiling.

Villani urged homeowners take care not to overload electrical outlets by running too many power cords at one time. He said the fire department is willing to conduct a Home Fire and Life Safety Survey to help homeowners identify potential hazards.

To ask for a survey, visit www.gvfrs.org, click on Fir...