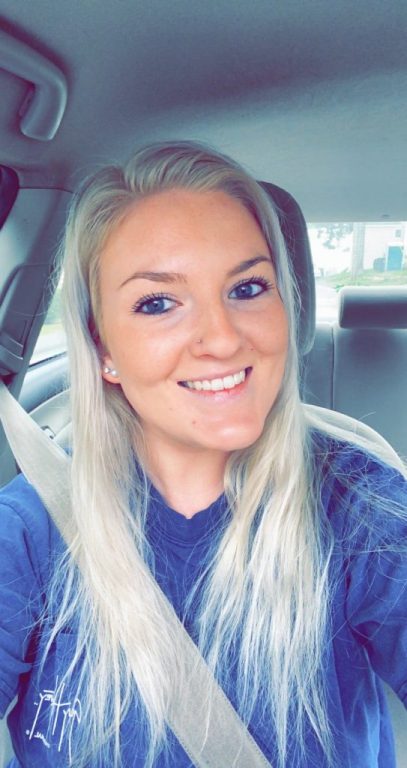 Kenzie Cox of Mathews was credited with saving a man’s life last week. This is the photo that accompanied the Boothbay (Maine) Police Department Facebook post praising her quick action.

On the day before Thanksgiving, the quick actions of a Mathews County resident and 2017 Mathews High School graduate resulted in a man’s life being saved.

The Boothbay Harbor Police Department posted about the lifesaving actions of Kenzie Cox that day on Facebook, beginning with the words: “A reminder that heroes walk among us every day.”

Cox, a nurse and former Rappahannock Community College student, had recently moved to the community in Maine with her husband, an active-duty Coast Guardsman stationed there.

She happened to observe a man collapse near his car in a parking lot, immediately responding to help and, when she realized he was not breathing, performed CPR.

Police and ambulance personnel had been called to the scene of a report that “a man had collapsed and ‘died’ next to his car,” according to the Facebook post. “Upon arrival, we observed a man on the ground with a woman tending him.”

When first responders got to the scene, they found the man was awake and a...