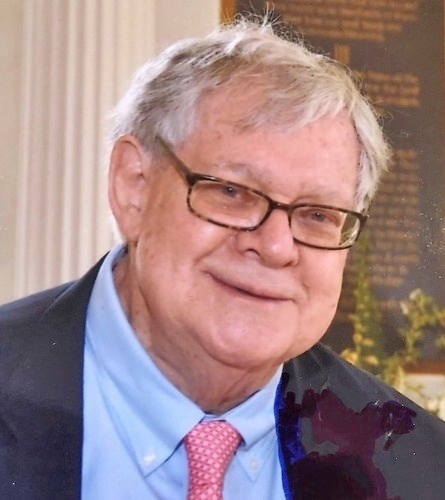 He was preceded in death by his parents, Henry Cannon Spalding, M.D. and Sue Sharp Spalding Henry; his wife of 56 years, Kaye Brinkley Spalding, and sister, Margaret Blair Spalding Morgan.

He worked for State Planters Bank as a trust officer for six years, served as a stockbroker and senior executive vice president of Scott and Stringfellow for 23 years and finally, as a managing director of Lowe, Brockenbrough & Co. before his retirement in 2000.

He was a board member of the Westminster-Canterbury Foundation, the Virginia Museum of Fine Arts Foundation, The Valentine Museum, The Library of Virginia Foundation., and a member of St. James’s Episcopal Church.

In lieu of flowers, donations may be made to Hampden-Sydney College, the Rosewell Foundation, or the Virginia Museum of Fine Arts.