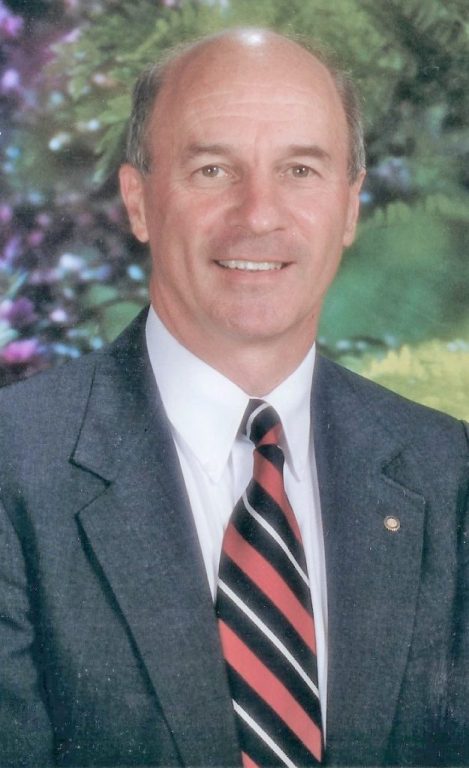 Harry Montague Ward, 76, passed peacefully on June 1, 2021 after a courageous battle with Glioblastoma brain cancer and Parkinson’s. Born June 25, 1944, he was the son of the late Harry W. Ward and Ella Mae Ward of Gloucester, Virginia. Harry was a 1962 graduate of Gloucester High School. He continued his education at Emory and Henry College where he received a B.A., and William & Mary where he earned an M.Ed. He dedicated his life to education for over 45 years. He began his teaching career in 1966 in Gloucester. After two years, he accepted a position at Mathews High School teaching history and became the head football coach. As a former athlete, he truly loved working with students and coaching. He became principal of Mathews High School in 1973. Harry was well known in the school system for his high energy and outgoing personality. He was a friend to every teacher, employee and student he met. In 1986, he became the Mathews County Schools Superintendent, he remained in that position until he retired in 2003. Under his leadership and vision, Mathews County Schools thrived, a new school was built, others were remodeled, and a state-of-the-art auditorium was added at Mathews High School. One of his proudest moments was having the new auditorium named the “Harry M. Ward Auditorium.” After retirement, he moved to Charlottesville where he served as Director of Insurance Legislative Services for VSBA from 2003-2010, and VACORP Insurance from 2011-2015. During his career, he was chairman of many organizations, including the VHSL, Virginia State Beta Council member for 35 years, Superintendents Study Group for Region 111 and a 12-year member of the National Beta Club. In 2014, he was honored at the National Beta Club convention as an emeritus board member in appreciation of his diligent work and dedication. He was also inducted into the VHSL Hall of Fame in 2007, the Gloucester High School Hall of Fame in 2009, and the Mathews High School Hall of Fame in 2019. He was a charter member of the Mathews Rotary Club where he served as President and was honored as a Paul Harris Fellow. He proudly served on the Chesapeake Bank board of directors from 1994-2014. He accomplished much in his life and encouraged and supported many others. When he wasn’t working, he could be found boating on the North River and golfing with his regular foursome. Later in life Harry enjoyed time spent with family, keeping up with the grandchildren, cheering on UVA, calls and visits from dear friends and his daily 3 o’clock walk with his neighborhood friends. Harry’s quick wit, Southern charm and big smile will be forever cherished by those who knew and loved him.

He was preceded in death by his parents and his loving wife, Margaret Ward. He is survived by his daughter, Sherri Ward Janelle and husband Christopher of Martinsburg, West Virginia; son, Gary Ward and wife Karen of Gloucester; stepson, Jeff Mann and Lara of Austin, Texas; stepdaughter, Amy Mann of Charlottesville; three grandchildren, Katherine Redmond and husband James, Elizabeth Janelle and Olivia Ward, and sister, Nancy Hall of Gloucester.

The family would like to thank the doctors and healthcare professionals at UVA Couric Cancer Center, Sanders Retirement Village – Heron Cove 1, and Riverside Walter Reed Hospice for taking such great care of our loved one.
A Celebration of Life service will be held at 11 a.m. on Thursday, June 10, 2021, in the Harry M. Ward Auditorium, 9889 Buckley Hall Road, Mathews, Va. 23109.