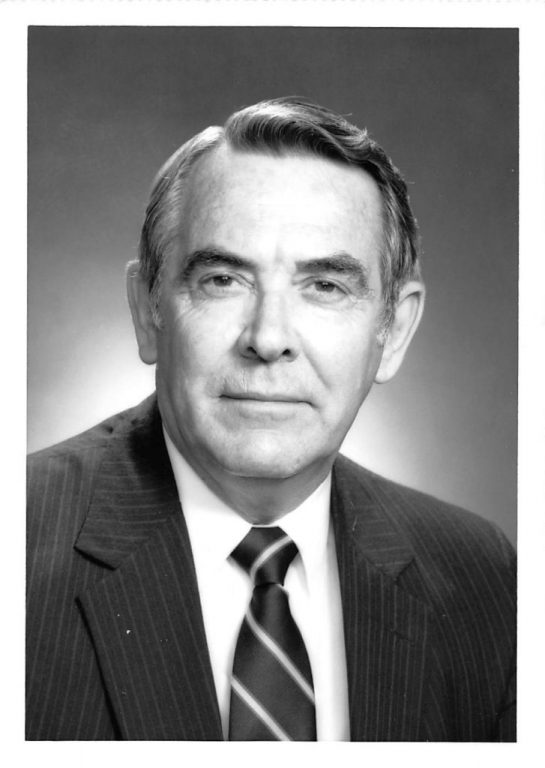 Harold Douglas Hamner Jr., son of the late Harold D. and Thelma Doyle Hamner, passed away on Jan. 17, 2021. Doug was a native of Amelia County, born Dec. 27, 1926 in Ammon, Va., with his father’s brother James as the family physician.

A proud native of Amelia, Doug was educated in Amelia public schools. Doug graduated from Virginia Military Institute in 1950 as a Distinguished Military Graduate in Civil Engineering. His active military duty with the U.S. Air Corps kept him from graduating with his Brother Rats in ’48-B. During his cadetship he enjoyed baseball and was the business manager of The Cadet newspaper.

Having already served in World War II in the U.S. Army Air Corps, Doug was recalled during the Korean Conflict by the U.S. Air Force from his position as engineer with the city of Alexandria, Va. Returning from service in 1952, he became Director of Public Works with the city of South Norfolk. In 1954, Hamner was appointed Town Manager of Front Royal, Va. After serving that community for nine years, in 1963 he was appointed City Manager of Hopewell, Va.

In 1966, Hamner was appointed by Governor Mills E. Godwin as Director of the newly created Division of Engineering and Building for the Commonwealth of Virginia. He remained in that position through administrations of Governor Holton and Governor Godwin’s second term in office, until appointed Director of the newly created Department of General Services by Governor John Dalton. He held this position until his retirement in 1985, becoming the last remaining appointee of Governor Godwin’s first administration.

Under Hamner’s leadership, the Public Procurement Act was passed in 1982 which contained comprehensive and modern procurement laws for the Commonwealth and all political subdivisions; the state insurance programs affected significant monetary savings; Design-build and Construction Management procedures were established for efficient state construction; and many major construction programs were completed over the 20 years in all Virginia colleges, universities, community colleges, mental health institutions and correctional facilities, as development reached historic levels in Virginia.

A former president of the Virginia City Managers Association and an Honorary Member of that organization, Doug was the cofounder and first Chairman of the Southeastern States Capital Outlay Conference. In 1980, he was elected to the Executive Committee of the National Conference of State General Services Officers and became Chairman of that national organization in 1983. During his chairmanship, he was successful in effecting a relationship between state and local governments and the National Academy of Sciences in the establishment of the Public Facilities Council for new research in the broad area of public construction.

Named to a number of Who’s Who in Virginia, in the South, and the Nation, Doug was active in VMI Alumni affairs in many capacities, including serving as Class Agent for ’48-B and on the VMI Parents Council. Two of his three sons attended the VMI.

Upon retiring to Gloucester County, he served as Chairman of the Gloucester Foundation Development Authority while he built a home for Nancye on Sarah’s Creek. Nancye and he travelled extensively and enjoyed the remainder of her life on the Middle Peninsula.

Later, Doug married Betty Jo McMillan Hamner and moved to Lynchburg where he lived until his death. There, he was an active member of First Presbyterian Church and an avid golfer at Boonsboro Country Club. He also served as Vice Chairman of the Board of Directors of Westminster-Canterbury of Lynchburg.

He was a Master Mason and a veteran member of the Du Pont Lodge #289 in Hopewell, and the Hiram Royal Arch Chapter #45 of Royal Arch Masons of Virginia. He was also a longtime member of the Honorable Order of Kentucky Colonels.

Doug lived a remarkable life, full of humor, wit, joy and ambition. He was a natural conversationalist and storyteller who left laughter and friends everywhere. He taught his sons from an early age to appreciate local wildlife, hunt quail, and fish in Ammon, and to appreciate the frustrating art of golf at every opportunity!

He could tell a joke with the timing of a pro, or provide fluid guidance to his three sons, at the drop of a hat. His sporty nature may have been revealed early Sunday morning in Lexington, Spring of ’47. Before church services, it was determined that ‘Minks’ from Washington & Lee University had absconded with one of the four cannons from the Cadet Battery beside the statue of Gen. Stonewall Jackson. Under keen leadership, Company A fell out of ranks and set out to locate the beloved artillery piece. Faster than the Cadet Guard could react and report the unfortunate theft, the Cadets located the cannon at a W&L fraternity house, convinced the fraternity of their mistakes, and enlisted two pajama clad Minks to pull the sacred cannon back to barracks under the good guidance of a Company of Cadets. As they arrived at VMI, Doug Hamner was riding atop the cannon!

A Christian burial with masks and social distancing will be held at historic Blandford Cemetery in Petersburg, Va., at 11 a.m. on Saturday, Jan. 23.

To honor his memory, in lieu of flowers the family suggests donations be made to the First Presbyterian Church of Lynchburg, the VMI Alumni Association in Lexington, or a local charity of your choice.