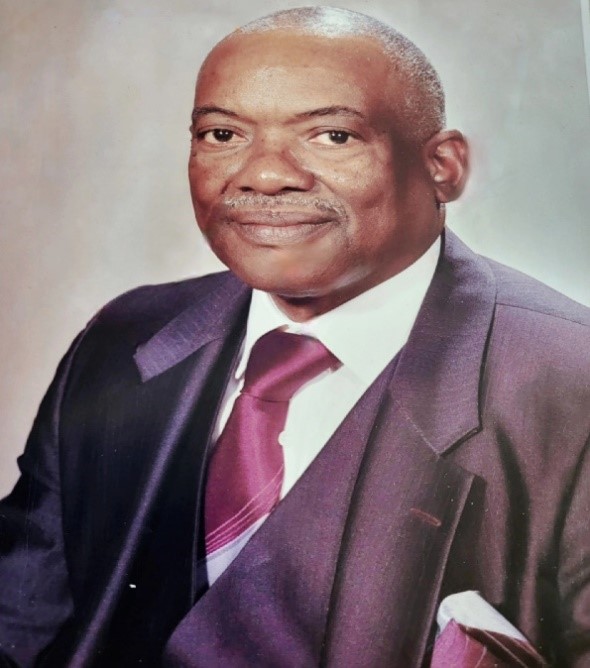 Harold Decoma Jones Jr. left his earthly home and entered his heavenly home on Wednesday, Nov. 24, 2021. He was born on Oct. 24, 1929 in Philadelphia, Pennsylvania, to Harold D. Jones Sr. and Harriet Yates Jones. As a child he experienced love and a nurturing environment and was firmly rooted in the church. Harold accepted Christ and was baptized at Union Zion Baptist Church at an early age. In later years, Harold became a member at Rising Valley Baptist Church.

Harold was educated in the public schools of Gloucester and later attended Maggie Walker High School located in Richmond, Virginia, and graduated from Gloucester Training School in Gloucester, Virginia.

Harold was drafted into the United States Army in 1951. He was stationed at Camp Crowder in Neosho, Missouri, where he met the love of his life, Maedean Wright, whom he married in 1952. From this union, they were blessed with three children, Wyvonnia, Brenda and Harold.

In 1953, Harold was honorably discharged from the U.S. Army. Upon returning to Gloucester, Harold worked at Grinel Nursery. Harold then became employed at the Newport News Shipbuilding & Dry Dock where he retired after 32 years of service.

As a member of Rising Valley Baptist Church, Harold was ordained as a deacon. Harold also served as a trustee, a member of the Male and Senior Choirs and had a passion for teaching Sunday school. In the community, Harold participated faithfully with the Deacons Union and was a member of the Berea Lodge #114 of Most Worshipful Prince Hall Grand Lodge of Virginia. Harold was always waiting for a phone call to participate in any church program at any level, but he especially loved being “The Master of Ceremonies.”

Harold loved helping and providing service to others without them asking.

In his retired life, Harold loved growing vegetables and was always giving away some of his produce to the community. Harold loved traveling and loved going to any restaurant that had a buffet!

A visitation was held at Carter’s Funeral Home, 251 Richneck Road, Newport News, on Saturday, Dec. 4, from 12-6 p.m.
There was a graveside service at 1 p.m. Sunday, Dec. 5, at Rising Valley Baptist Church with the Rev. Darry O. Echols conducting.