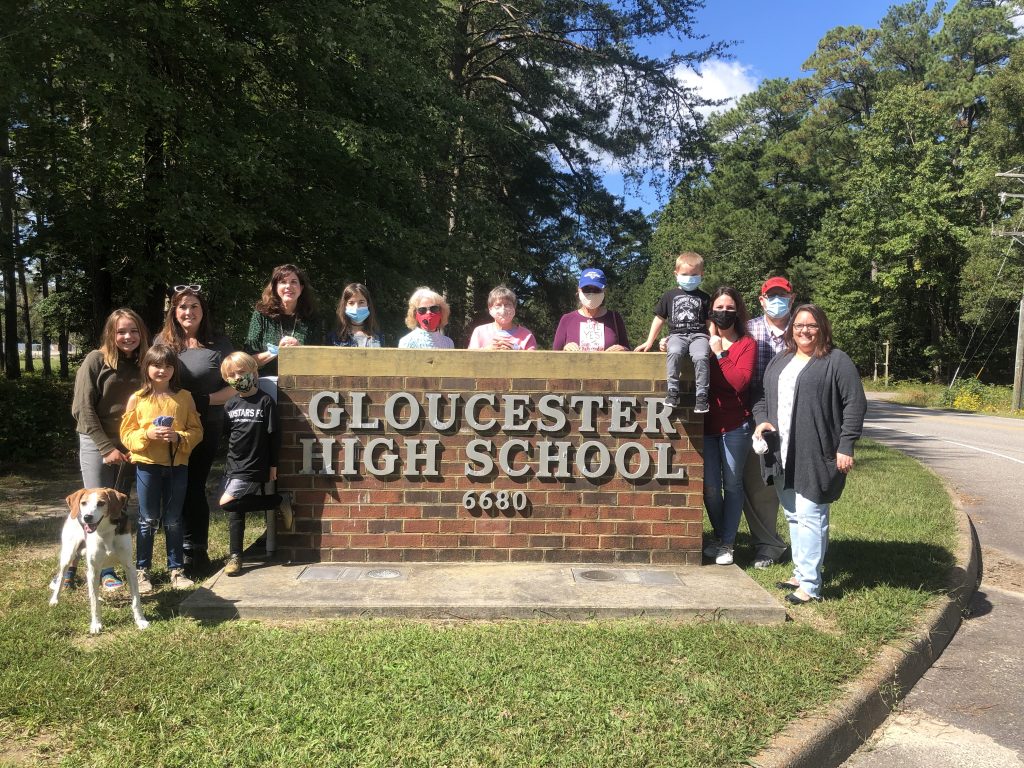 A group representing more than 300 Gloucester County citizens encourages everyone to “Vote Yes for Gloucester” in the sales tax referendum in the upcoming general election on Nov. 3. The group came together recently at Gloucester High School, which could receive the majority of funding from the referendum for a much-needed new HVAC. Standing in support are Ellie (11), Violet (9), Deacon (7), and Amanda Hamlin Adams (along with dog Margot); Beth and Katherine Gibson (12); Terri Byrne; Bobby Ray; Nancy Keenan; Kamdyn (3) and Krystal Alexander; and Hunter and Michelle Stone, from left.

A bipartisan group of more than 300 Gloucester citizens have come together to support the sales tax referendum for schools on the Nov. 3 ballot.

This year’s ballot includes the opportunity to vote for up to a 1 percent sales tax increase in Gloucester County. The 1 percent tax would exclude groceries, prescriptions, cars and fuel, and other essentials, and would expire in 20 years or less. If approved, Gloucester could move from a 5.3 to 6.3 percent sales tax.

Michelle Stone, chair of the Vote Yes For Gloucester group, said that “these capital improvements are no longer ‘wants,’ but ‘needs,’ resulting from years of lack of funding. These projects would ...