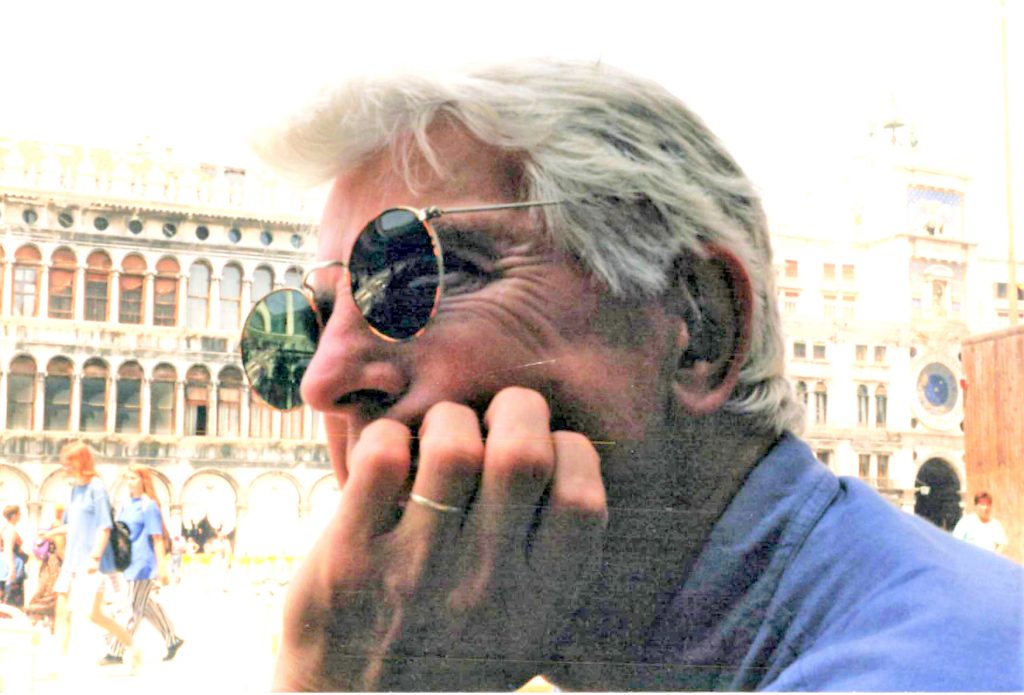 Graham Stanley Hood departed this life peacefully with his immediate family by his side at home in Gloucester, Va., on the beautiful afternoon of Sept. 6, 2021.

He was born in Birmingham, England, on Nov. 6, 1936, and the experience of living through and after WWII in England would forever shape his world, his beliefs in art, history and religion. Educated at Church of England schools, he and his brother were the first generation of their family to attend college. They both studied at Keble College, Oxford, and he earned his Masters of Art history at the Courtauld Institute of Art in London. He met the love of his life, Gale, during the summer of 1960, in Stratford-on-Avon, where his family lived and she, a student from America, was studying drama. He followed her to the United States and they were married in August 1961.

He started his curatorial career in Connecticut at the Wads- worth Atheneum Museum of Art (Hartford) and later the Yale University Art Gallery (New Haven), followed by a move to the Detroit Institute of Art where he served as curator of American Art. Graham accepted a position at Colonial Williamsburg in 1971, where he served as Vice President for Collections and Museums and The Carlisle H. Humelsine Chief Curator, until his retirement in December 1997. He had a storied 36-year career authoring several books and articles on a wide variety of decorative arts topics. While at Williamsburg he led the historic renovation of the Governor’s Palace, which resulted in a complete rethinking of historic interiors and their presentation to the public. One of his most important achievements while at Williamsburg was his oversite of the planning and construction of the DeWitt Wallace Decorative Arts Museum at Colonial Williamsburg. He taught decorative arts courses occasionally at the University of Michigan, the College of William and Mary, and the University of Virginia. After his retirement in 1997, he was on the board of trustees for Kenmore House in Fredericksburg, and he led the project of the renovation of the Old Thomas James Historic Store in Mathews County with the Mathews Historical Society. He was a member of the Mathews County Master Gardeners group for many years.
He found great joy in the beauty of the Natural World, especially birds and gardening; writing; long hours of reading; poetry; classical music; 18 and 19 century art; European travel; tinkering with many household projects in his workshops; and especially, being with his family and his dogs. He is survived by his wife of 60 years, Gale; daughter, Sarah Hood Lynch; son, Jorin Hood (Suzanne); grandchildren, Denny, Molly, Evan and Will Lynch.

His smile, his humor and his amazing observations and knowledge will forever affect those he knew, especially his family. The family is thankful beyond words for the amazing home health care assistants, Hospice doctors, nurses and aides, and many friends who made his last journey as comfortable, and full of laughter and love as possible. In memory of our loved one, contributions may be made to Riverside Walter Reed Hospice, 7358 Main Street, Gloucester, Va. 23061; or Friends of Colonial Williamsburg Collections, P.O. Box 1776, Williamsburg, Va. 23185. A private service will be held at a later date.