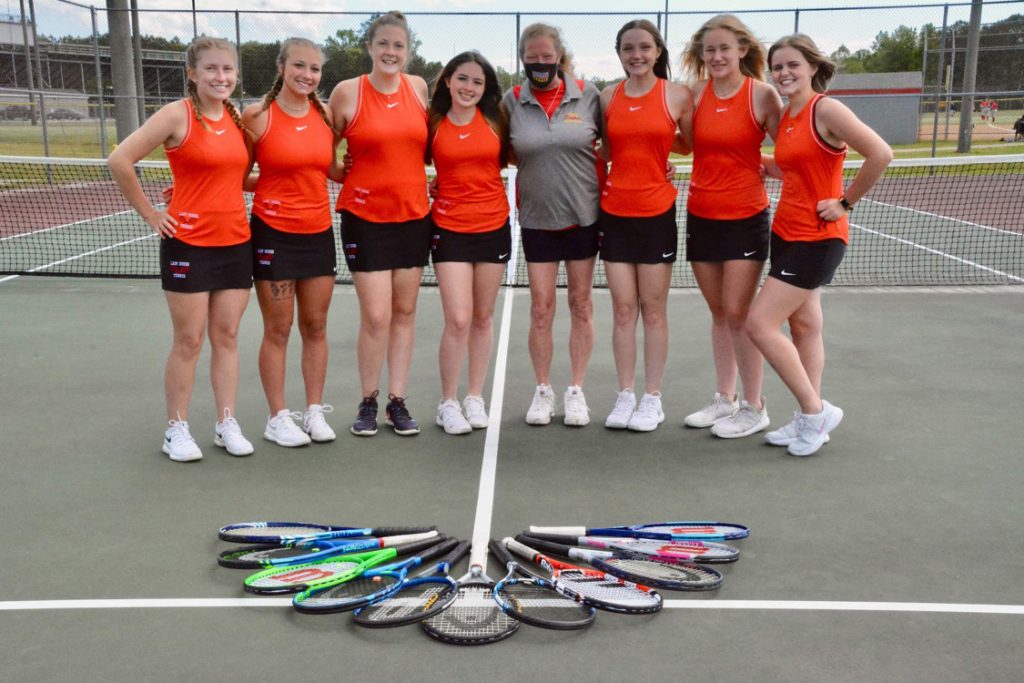 The team had been undefeated all season, playing against Woodside (twice), Heritage, Menchville, Phoebus and Mathews. The GHS girls won by default against Kecoughtan, Bethel, Hampton, and Denbigh as they did not have teams.The Lady Dukes’ #1 and #2 seeds, Skylar Tenan and Meadow Spears, respectively, were scheduled to head to Virginia Beach yesterday for the singles portion of the regional tournament. Tenan and Spears will go as a doubles team, along with doubles partners Gracie King and Tatum Foster today to Virginia Beach for the doubles portion of the regional tournament.

Tenan, Spears, King and Foster are seniors and co-captains of this year's team. Robie Thompson has served as head coach for the past 18 years. Both King and Kailee Morris are undefeated in singles play this season.

“We are so incredibly thankful for all of the support that...