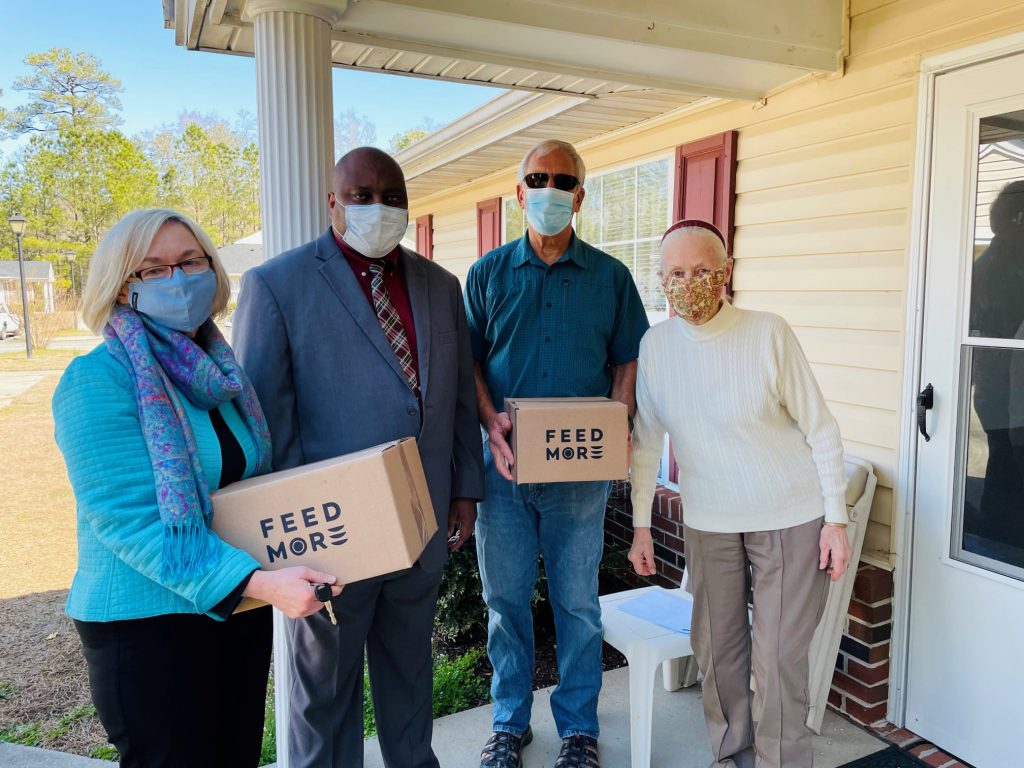 Bay Aging’s President and CEO Kathy Vesley is joined by Kevin Smith, at-large member of the Gloucester County Board of Supervisors, and board chair Robert Orth, from left, in delivering meals to Daffodil Gardens’ resident Jane Scharf.

Gloucester County recognized March for Meals Month by helping to raise nutritional awareness for older adults and show its appreciation to the county’s Meals on Wheels volunteers.

The Gloucester County Board of Supervisors formally proclaimed this past March as the 19th annual March for Meals Month. As part of this proclamation, several members of the board and county staff performed a Meals on Wheels delivery on March 22 to residents of Bay Aging’s Daffodil Gardens apartment complex.

On March 22, 1972, President Richard Nixon signed into law a measure that established a national nutrition program for adults 60 years and older commonly referred to as “Meals on Wheels America.”

Three decades later, the “March for Meals” campaign was organized to recognize the historic month and the importance of the Older Americans Act Nutrition programs. The local proclamation recognizes Meals on Wheels programs that have served the county’s older adults and those living with disabilities.