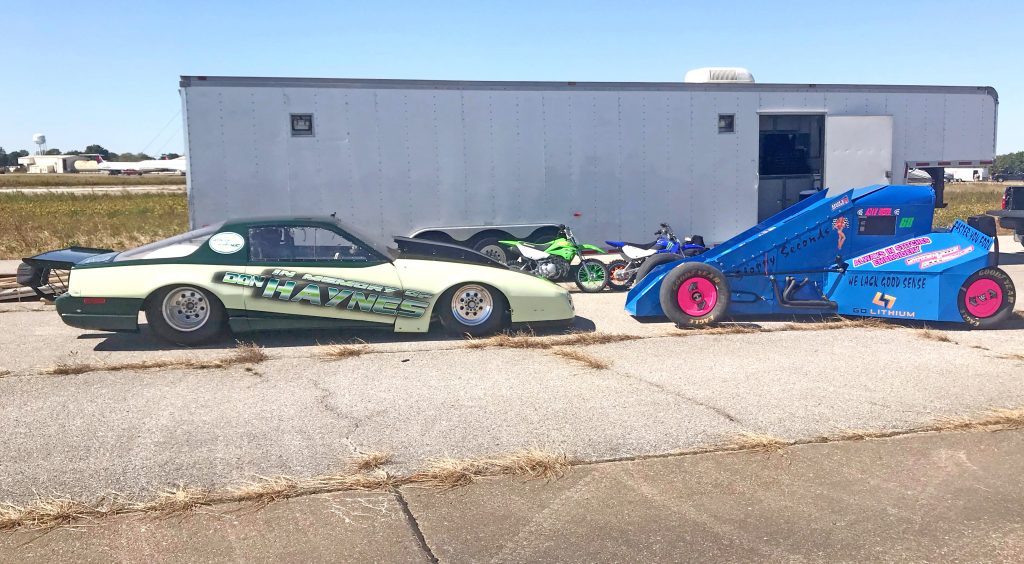 Adam Hoegerl and his racing partner James Diggs took their Pro Stock ’94 Trans AM and sprint car to Arkansas to set land speed records in the ECTA half-mile and mile racing events.

After a fast-paced weekend in Arkansas, race car driver Adam Hoegerl has returned to Gloucester with two land-speed records to his name, one in the mile and the other in the half-mile.

Hoegerl, along with racing partner James Diggs, traveled to Blytheville, Arkansas, to compete in the ECTA half-mile and mile events from Oct. 2-4. As reported last month, the duo raced a Pro Stock ’94 Trans Am and a custom sprint car powered by a 302-small block Chevy. They traveled the distance in hopes of breaking land speed records.

Hoegerl said that in the Trans Am, Diggs hit a record-breaking speed during a practice run, but on the second pass of the run, the car had a motor issue and broke down.