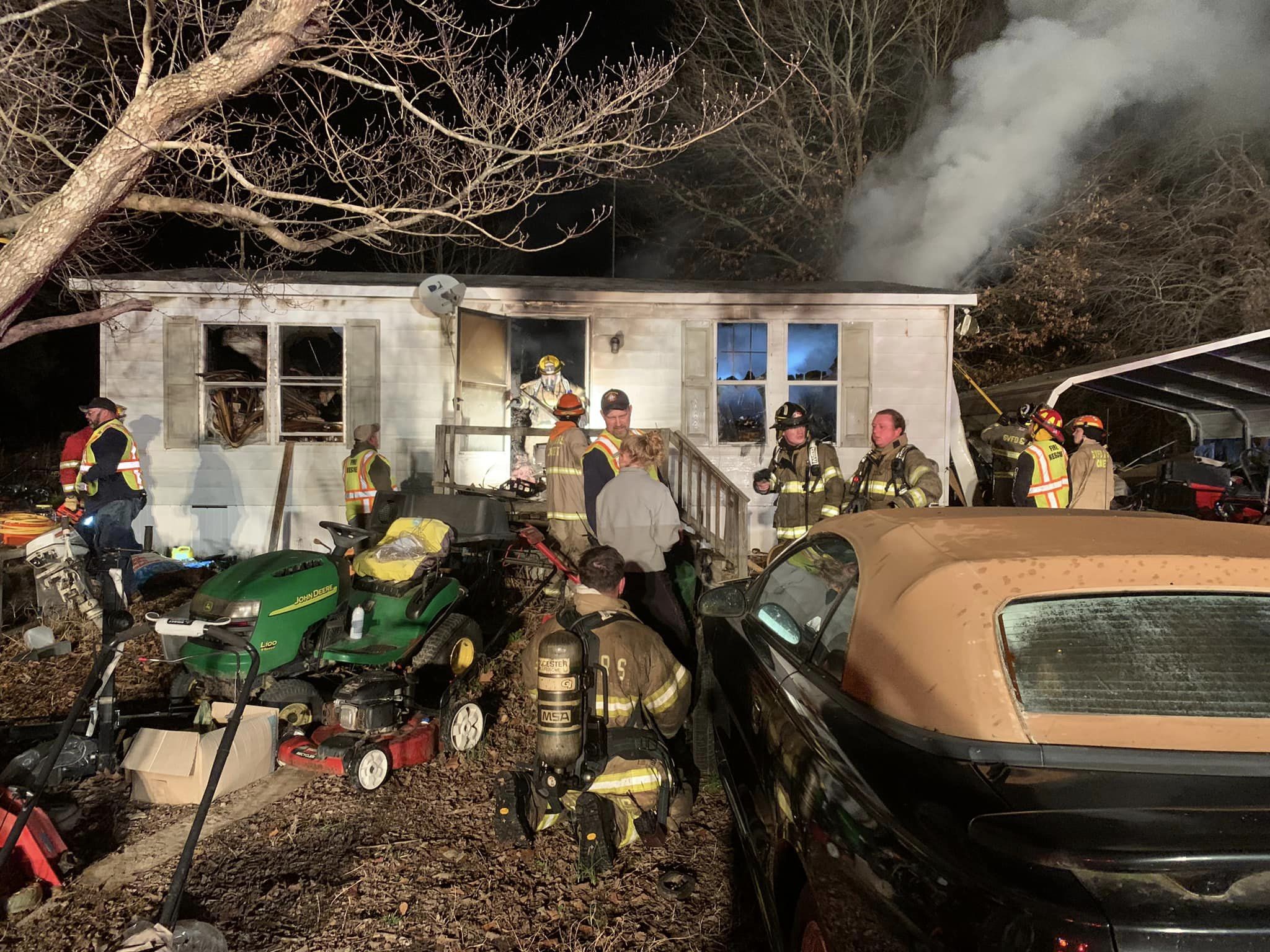 Smoke continued to billow out from a home in the 10800 block of George Washington Memorial Highway in Gloucester last Wednesday after firefighters had put out the fire and were searching for hot spots. Although the exterior walls were still standing, the home was a total loss, said Gloucester Fire Prevention Officer Tony Villani.

A house in the 10800 block of George Washington Memorial Highway in Gloucester was a total loss last Wednesday after a grease fire got out of control and spread.

Gloucester Fire Prevention Officer Tony Villani said that 29 firefighters responded to the scene shortly after 6 p.m. to find the fire was already well underway, with flames coming out of the windows in the back of the house.

The homeowner had been cooking French fries when the grease ignited, and he escaped without injury, Villani said. However, he was barefooted and, once the fire was out, Gloucester firefighters were able to find him a pair of shoes inside.

Villani said that when a grease fire occurs, the fi...