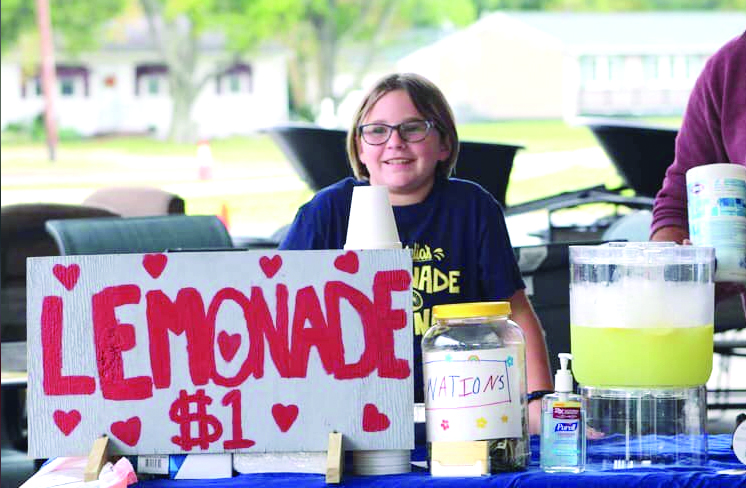 Kordelia Coyne is raising money to buy gift cards for first responders by holding lemonade stands and receiving donations through her “Kordelia’s Lemonade Stand” Facebook page. Here, she is selling lemonade and baked goods at M&M Building Supply in Mathews on Oct. 10 where she raised over $1,000 for the gift cards.

Over the past few months, Kordelia Coyne has made it her mission to honor first responders. And, so far, the 9-year-old from Gloucester has raised thousands of dollars to shower them with gift cards as a way of showing her appreciation for all they do.

Kordelia held her first lemonade stand on June 28, and since then she’s been busy making lemonade and cookies. Most recently, she held a fundraiser on Sept. 26 at Scoot’s BBQ at Gloucester Point (where she raised $1,109) and on Oct. 10 at M&M Building Supply in Mathews (where she raised more than $1,000). As of last Thursday, her total raised is over $3,000.

She started this fundraising project when she witnessed her neighbor being treated negatively after becoming a state trooper in March and she wanted him and other first responders to “feel that they’re still loved and appreciated.”

Her parents, Shawn and Mary Coyne, thought her lemonade stand was going to be a one-time thing, but people started sharing their Facebook pa...