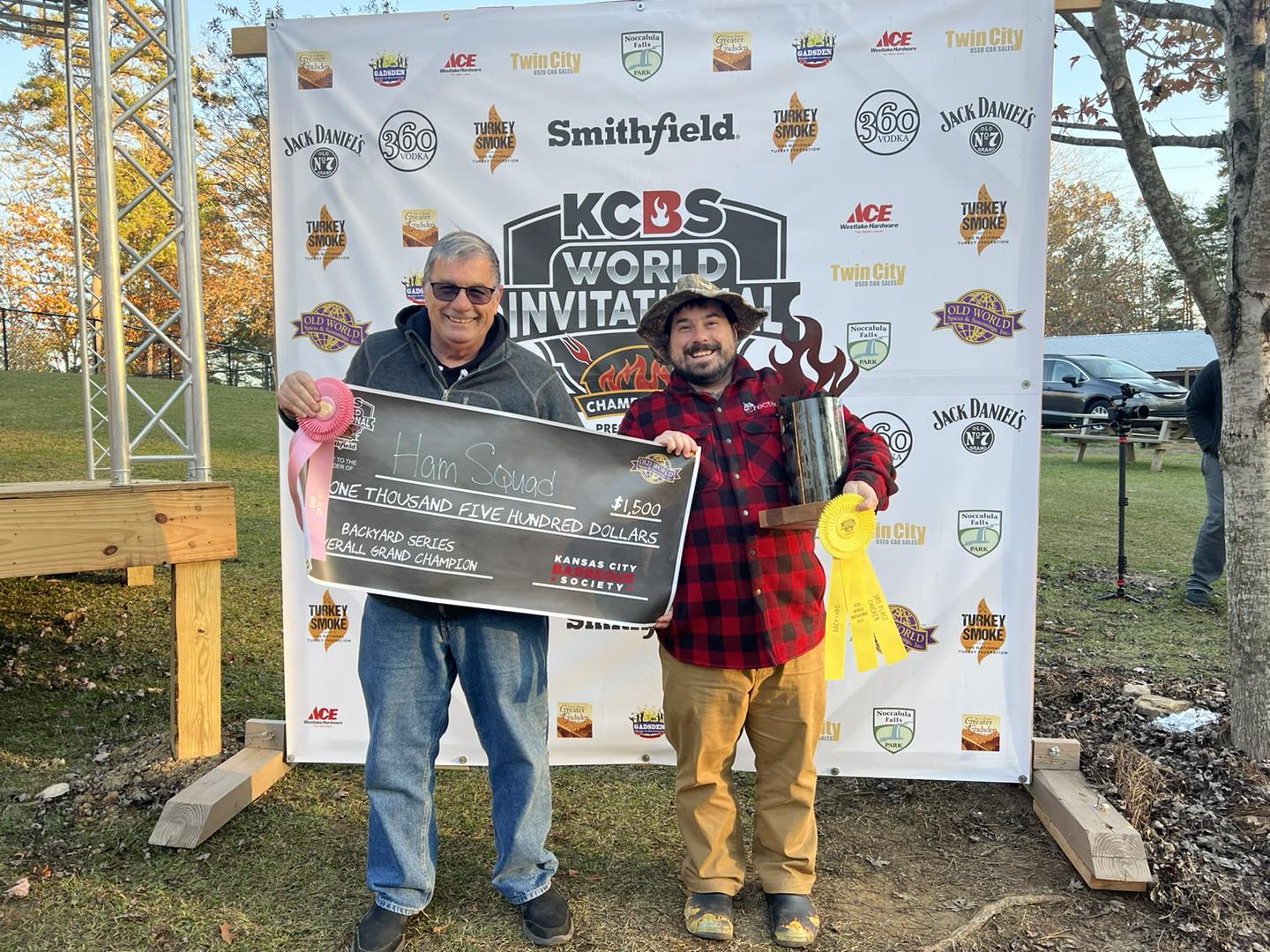 Barbecue champion Dave Dick of Gloucester, at right, is shown here with his father, Daniel Dick.

Dick competed against top pitmasters from across the world at this, the final competition of 2022.

Dick has been on the barbecue championship tour for three years, cooking in spots along the East Coast and Midwest. This year, he took part in 23 KCBS competitions, wining Grand Champion titles in nine, and Reserve Grand Champion in three more.

Ham Squad was crowned backyard chicken Team of the Year and took honors in ribs and turkey with nine and fourth place, respectively.

“It has been an exciting season filled with long drives, ups and downs, but most importantly great friends,” said Dick. “If it weren’t for the friends ...