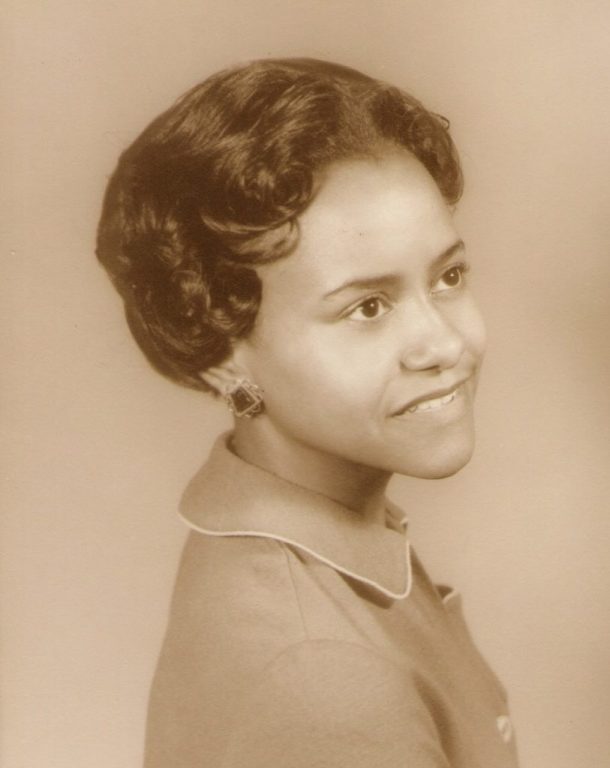 Glenna Stevenson McMullen, 86, of Williamsburg, transitioned peacefully into eternal rest on Sunday, April 25, 2021. A native of Statesville, North Carolina, and a longtime resident of Gloucester, Virginia, Glenna retired in 1989 following a 30-year career as a business teacher in the Mathews County Public School system. She started her teaching career at Thomas Hunter High School in 1959. In 1969 when schools integrated, she moved to Mathews High School. She also served as sponsor for a variety of youth clubs and organizations as well as professional liaisons. One of her grandest moments was being named “Teacher of the Year” at Mathews High School. Glenna’s education began at Scotts Rosenwald Elementary School in Statesville; she graduated as valedictorian from Unity High School in 1952. She went on to study business and graduated from North Carolina Central University with a B.S. in Business Education. During her college years, her work included domestic childcare for doctors of the local hospital and in a department store first as a floor clerk and later as a secretary in its business office. Glenna married Stanley B. McMullen in 1955. They moved to Halifax, Virginia, where Stanley began a career as an agriculture teacher. From there, the couple moved to Gloucester when Stanley secured a job in the schools as an agriculture and horticulture instructor. Glenna retired from teaching in June 1989, having sought and working only one job in her professional career. In happy retirement, Glenna volunteered her time as a receptionist at the local hospital as well as her ever-present commitment to the Church of Christ. Glenna was preceded in death by her husband of 63 years, Stanley B. McMullen Sr.; her parents, Grace Moten and Nathaniel A. Stevenson Sr., and brothers, Gilbert, Charles, James (“Gus”) (Geneva) and Magellan. As their only sister, her brothers nicknamed her “Susie,” an endearment term for “sis.” The Stevensons lived on Scott’s Road in Iredell County, North Carolina, and were very successful farmers. Glenna is survived by her three children, Stan Jr. (Ann), Veda, Martha (“Lynne”) (John McNeill), the joys of her life grandchildren, Savannah and Jonah; two brothers, George Stevenson (Gladys) of Statesville, North Carolina, and Nathaniel Stevenson (Thelma) of Greensboro, North Carolina; sister-in-law, Wilma Stevenson of Statesville, North Carolina; as well as a host of loving nieces and nephews. The family received friends on Friday, April 30, 2021, from 6-7:30 p.m. at Hogg Funeral Home, 3098 George Washington Memorial Highway, Hayes, Va. 23072. Masks were required for entry and social distancing was mandatory. A graveside service was held at 3 p.m. on Saturday, May 1, 2021, at Windsor Gardens Cemetery, 80 Soles Lane, Dutton, Va. 23050. In memory of our loved one, contributions may be made to Gloucester Retired Educators Association, 6876 Honeycutt Lane, Gloucester, Va. 23061.