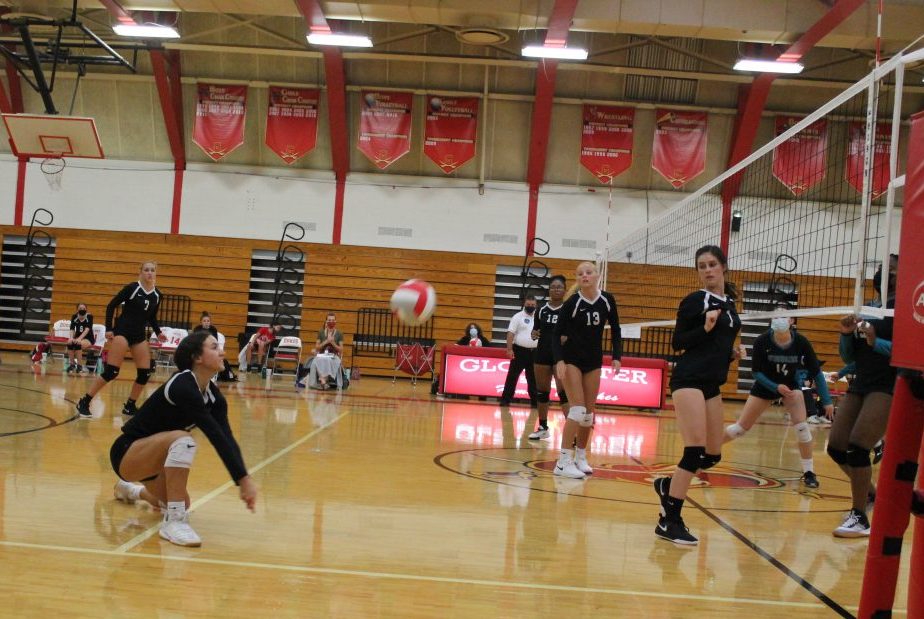 The Gloucester High School girls’ and boys’ varsity volleyball teams won all of their games this past week. Pictured above is Lady Duke Karis Barberee preparing to dig the ball at the Woodside match on Sept. 2.

The Gloucester High School girls’ and boys’ varsity volleyball teams had a successful week, posting wins against all of their opponents.

The Lady Dukes were victorious against Denbigh and Hampton this past week, winning both games in straight sets. When facing Denbigh, Gloucester made great offensive plays with a total of 37 aces and 15 kills.

The varsity girls’ team has a full week of away games coming up. The Lady Dukes will face Warwick tonight, Bethel on Monday, and Phoebus on Tuesday.