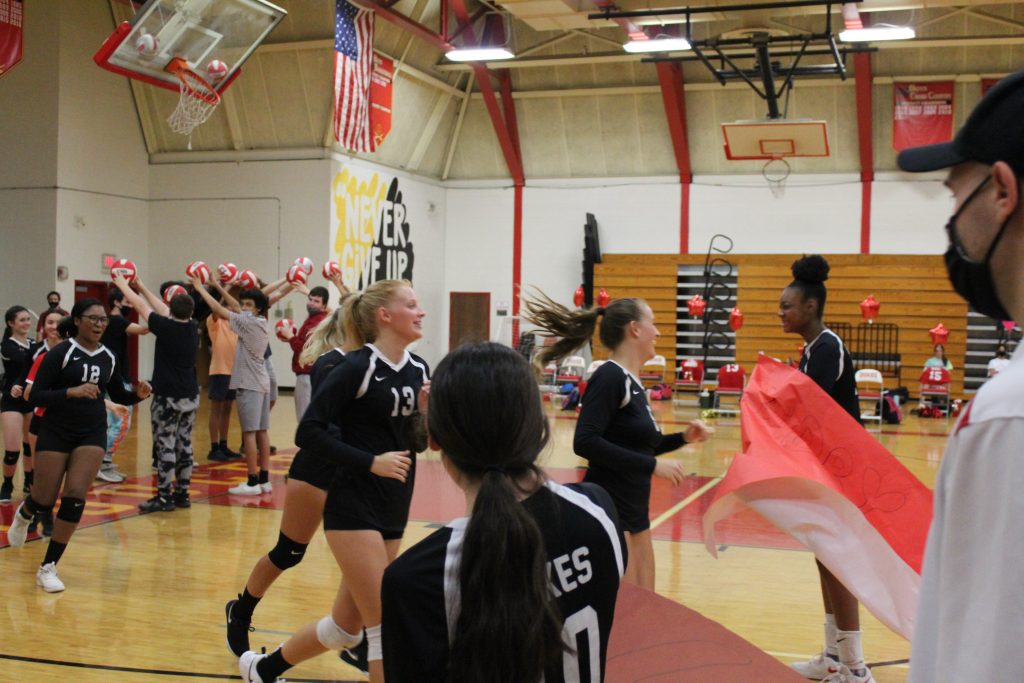 The Gloucester High School girls’ and boys’ varsity volleyball teams celebrated wins against Phoebus and Churchland, respectively. Shown here are the senior girls running through their banner before the start of the match.

Monday night, the boys claimed a victory about Kecoughtan in three sets, 25-15, 25-13 and 25-21. During the match, Gavin Cohn and Caleb West scored six aces each, Quinn Estlack had five aces, Carl Matteson had three aces and Colter Callis had six kills.

The boys fell short against Denbigh Tuesday night, 3-2. Estlack had 24 assists and nine kills, Connor Brooks had 18 kills and seven blocks, Cohn had seven assists and seven kills and West had three kills and three aces.

The Lady Dukes were successful against Denbigh Tuesday night, beating the Lady Patriots, 3-1. During the match, Caroline Merchant had 30 aces, Jaidyn Forrest had 10 kills and Joelle Forrest had nine kills.
...