GHS girls on a roll Field hockey at 7-0; hasn’t given up a goal 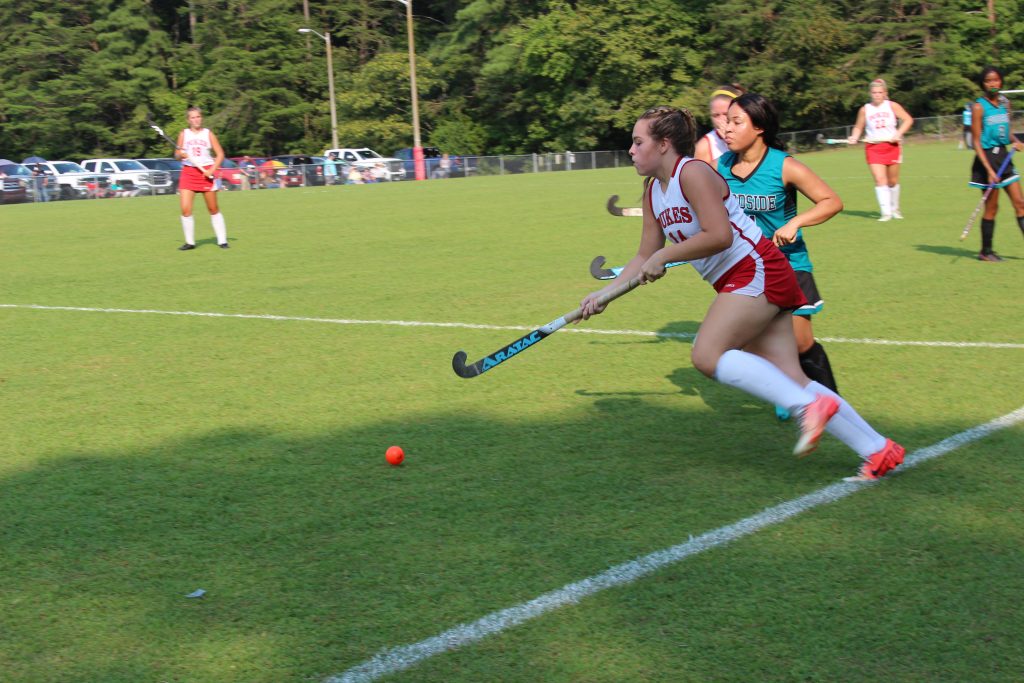 Chrissy Masiak, shown here going for the ball, scored three goals and an assist Tuesday as the Lady Dukes shut out the visiting Woodside Wolverines, 15-0.

The Gloucester High School varsity field hockey team has six shutout wins, a forfeit and no losses after recent victories over Woodside and Bruton to put it at 7-0 on the season.

The Dukes dominated the visiting Wolverines, 15-0, on Tuesday, scoring five goals in each of the three quarters that were played due to the mercy rule. Channy Johnson scored six goals to lead the team and now leads in overall scoring with 14 goals.