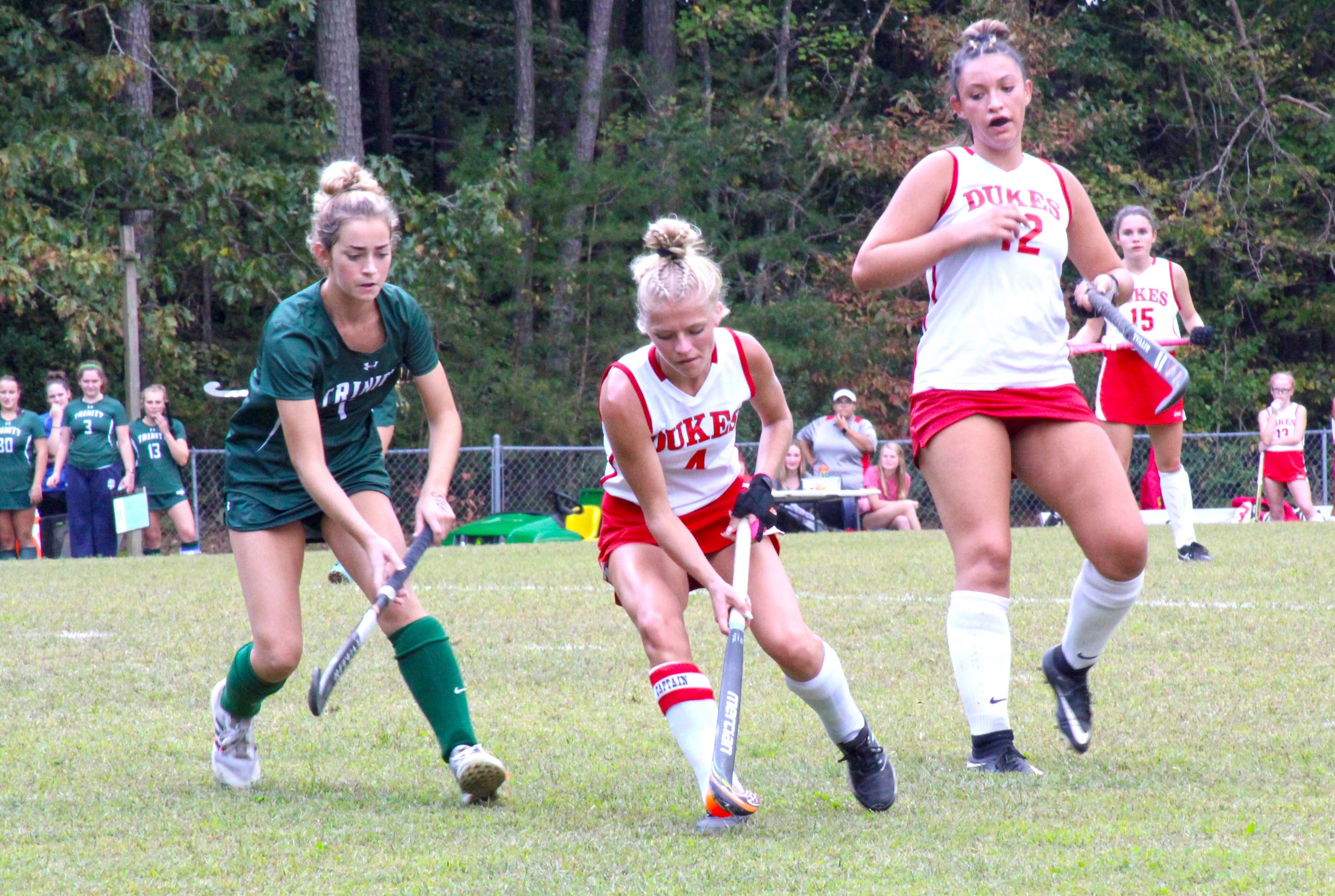 On Thursday, the team suffered its first loss of the season against Trinity Episcopal School of Richmond, 1-0, bringing the Dukes’ record to 13-1.

The Dukes did not let the loss get them down however, shutting out Warwick High School on Tuesday, 11-0. Reece Miller led the team in scoring with four goals and two assists. Channy Johnson and Mackenzie Reece each had a hat trick, with Johnson recoding three assists and Reece recording one. The other goal was scored by Bailey Wilson who also recorded two assists in the game.

Other assists in the game were made by Avery Watkins with three, Kamryn McDonough with two, and Kaylee Hall and Hannah Symonds with one each.

Player of the Month