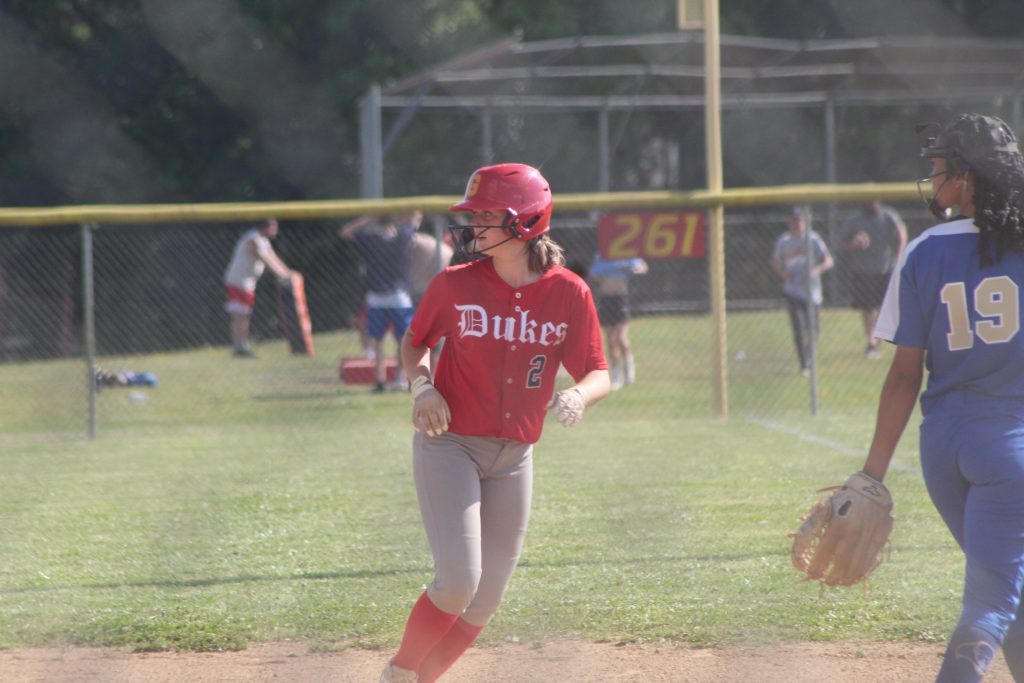 MELANY SLAUGHTER / GAZETTE-JOURNAL The Gloucester High School varsity softball team defeated Phoebus and Bethel during this past week’s game play, tying for first in the Peninsula District with Menchville. Shown here is Samantha Carlton at the Phoebus game after making it to first base.

The Gloucester High School varsity softball team had a successful week, winning games against Phoebus and Bethel. These wins allowed Gloucester to tie with Menchville for first in the Peninsula District.

Gloucester defeated Phoebus, 16-0, at home last Thursday. At the end of the game, Hailey Hardaway had three hits and four RBIs and Samantha Carlton had two hits. Grace Sinko Van-Liew had two hits with a double and also drove in three runs. In the fourth inning, Sadie Bowden hit a long drive to the left centerfield gap for a grand slam.

Gloucester shut out the Bethel Bruins, 10-0, at home on Friday. Richards retired nine hitters in the first three innings. The Lady Dukes did not make it on the scoreboard until the third inning.

Then, Bowden reached first base on an infield single with two outs and then stole second base. Bowden scored after Hardaway hit a ...