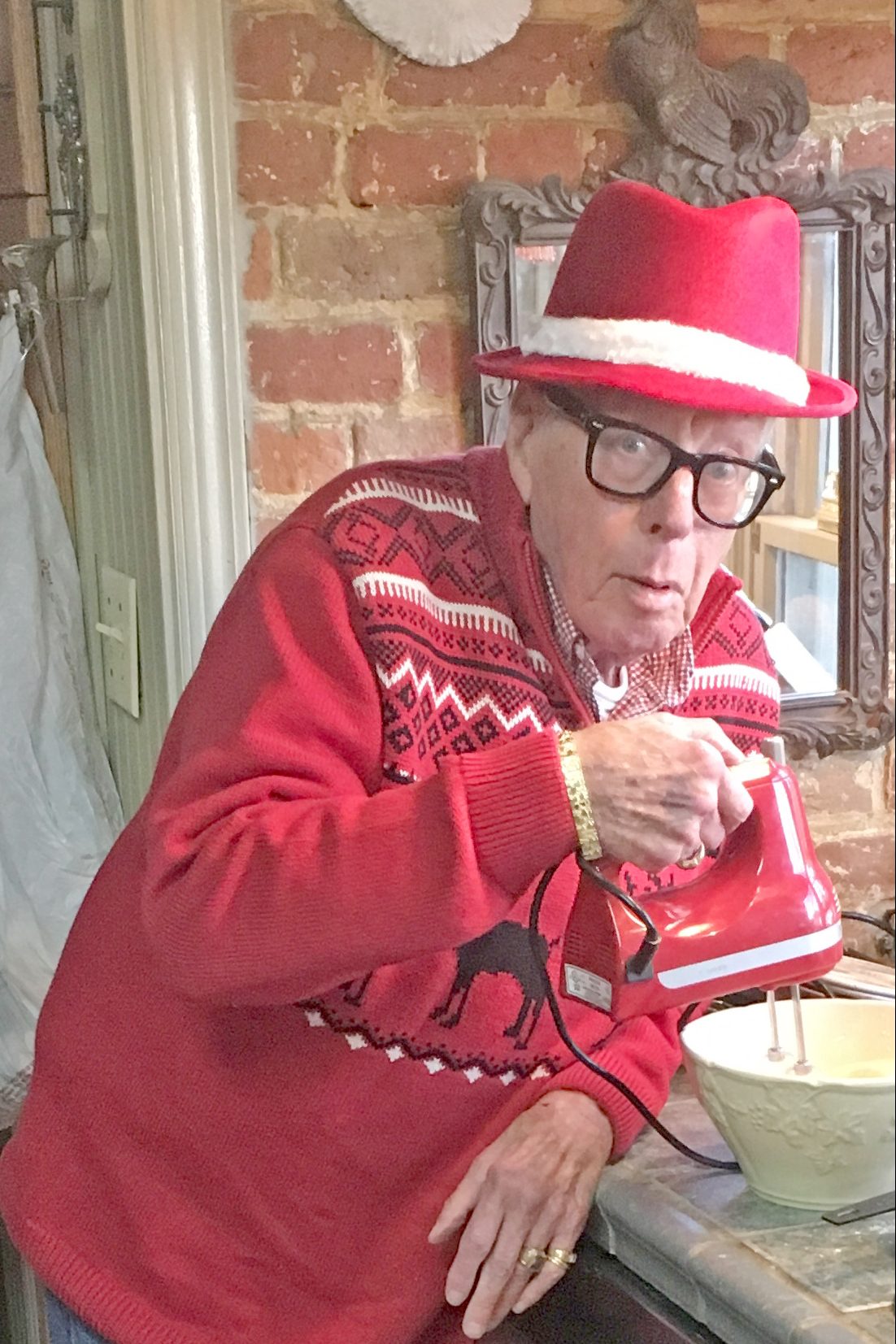 George Tibbetts was the purest example of a Renaissance Man. After 88 years of living life, to the fullest, George died peacefully on Friday, January 6, 2023.

He was predeceased by both his parents; Don, his partner of 42 years, and his sister Pamela. He, the last of his immediate family. He is survived by an “English Cousin” Michael and his wife Sharon from the UK, and the many, many, friends he had in our communities, here in Virginia and in New York.

George is best remembered in the Mathews/Gloucester area for his dabbling in antiques, and collectables. His collection of Guan Yin porcelain, acquired over many years, was a source of pride and a central focal point, in their historic home in Mathews.

Collecting, started long before his move to this area.

In New York, they had successful antique businesses, in Manhattan and the Hamptons.

Their Watermill home, in the Hamptons, and Linden Hall in Mathews, were both museum-like, with treasures collected over the years.

George and Don had travelled through Europe, on buying trips for their antique businesses and for their beautiful homes.

Prior to the retail world, George taught school, a graduate of Drake University, Iowa, and he eventually substitute taught, in the Gloucester County School system.

He was also a breeder, show trainer, of Yorkshire Terriers, at the highest level of the Show World, in New York.
The move to Mathews in 1996 from New York, purchasing Linden Hall, meant fabulous dinner parties with friends from all aspects of their lives. The signature, “Martini Greeting” upon arrival to the house, is recalled fondly, by their dearest friends.

George will also be remembered for his thespian work with the Court House Players, and the many roles he took on over the years. Both he and Don, performed together, in the production of 1776, George’s last.

George was an avid supporter of the Gloucester- Mathews Humane Society, having adopted many pets over the years, and volunteering his time in the fundraising shop in Mathews. He loved to help out at his dear friend Valerie Kelly’s consignment shop in Mathews, as well.

He has requested all services and memorials to be private.