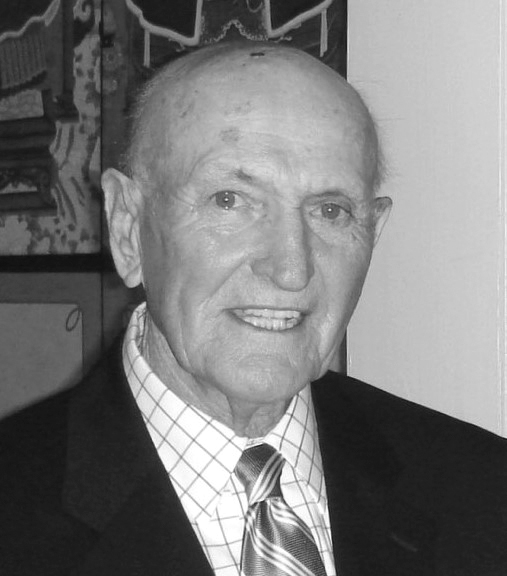 Mr. Hall was born in Gloucester County, the son of Hansford A. Hall and Margie R. Shepard Hall. He graduated Achilles High School and attended the Apprentice School at the Newport News Shipbuilding and Dry Dock Company prior to enlisting in the U.S. Navy during World War II. After basic training in Maryland, he served on the USS Marvin H.

McIntyre, a supply ship, in the Pacific. After the war, he had a successful 12-year career in life insurance sales working for Union Life Insurance Company. He then worked briefly in the bottled gas business until 1960 when he had the opportunity to purchase the Texaco petroleum products distributorship in Urbanna. He operated F.L. Hall Petroleum Products, Inc., until he retired in 1980.

Mr. Hall served on the Gloucester Board of Supervisors and was an active member of Providence Baptist Church during his adult life in Gloucester. Once in Urbanna, Mr. Hall was a charter member of the Middlesex Lions Club and served as President of the Urbanna Chamber of Commerce. He was a very active member of Urbanna Baptist Church for 60 years serving in numerous capacities including: Sunday School teacher, Director of Sunday School, a Deacon, a Deacon Emeritus, and a member of the choir. Mr. Hall loved his church and worked tirelessly on its behalf. He believed in kindness and that was a guiding force in his life.

During his retirement he served in the jail ministry for over 20 years with Gideons International. He loved playing golf, particularly with his brothers, Ellis and Woodrow, working in his garden, and being on the river at the family cottage in Deltaville where the family enjoyed 40 years of holiday and family celebrations. He also enjoyed traveling extensively with his wife, best friend and business partner, Ada Marie Shackelford Hall. After meeting in high school at Achilles, they were married for almost 74 years until her death in November 2017. His favorite titles were “Daddy” and “Granddaddy.” He loved his family—that was the centerpiece of his life.

The family wishes to thank the Sanders staff at Heron Cove II in Gloucester who provided such a caring family atmosphere for the last 17 months of his life.

The family regrets that we cannot come together to celebrate his life at this time. A private funeral service will be held now but a celebration of life will be held at a later date.

Memorial donations may be made to the Deacons’ Benevolent Fund at Urbanna Baptist Church, P.O. Box 416, Urbanna, Va. 23175 or to Gideons International.