For Evelyn Stokes Wright, it all began with playing piano for Sunday school 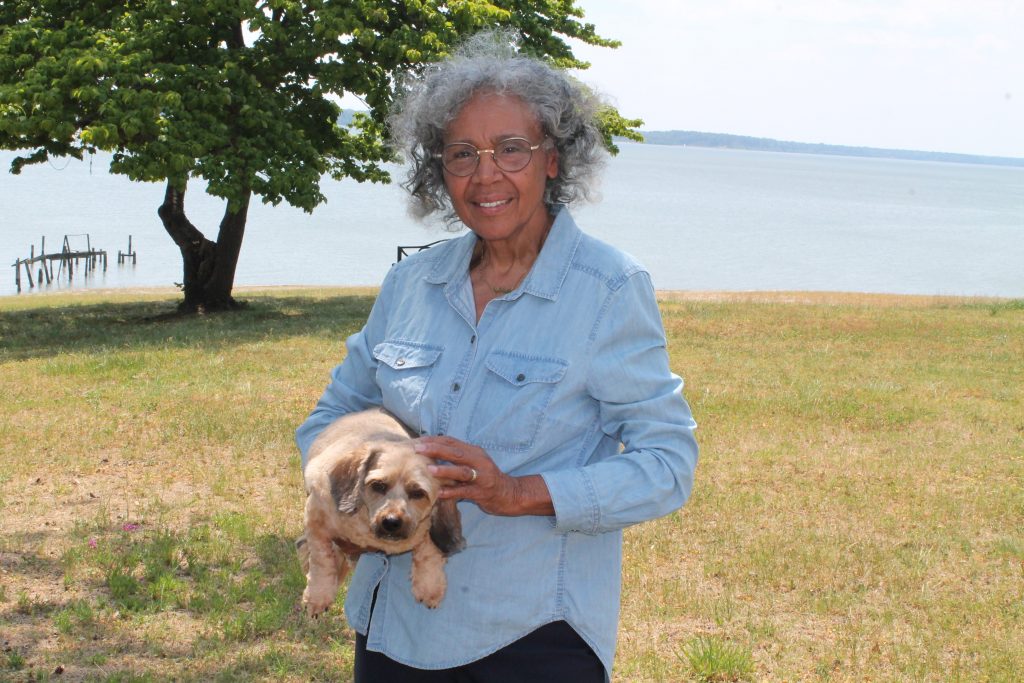 SHERRY HAMILTON / GAZETTE-JOURNAL Evelyn Stokes Wright of Gloucester devoted many years to serving local youth, including youth leadership roles at church, with the Boy Scouts, and with 4-H. She is shown here with her dog “Hercules.”

Evelyn Stokes Wright of Gloucester, known locally for her many volunteer activities, said she had never volunteered a day in her life until her cousin Myrtle Wilson told her their church, First Morning Star Baptist, was having trouble getting children to go to Sunday school.

Wilson asked Wright to start playing the piano for Sunday school as a way of attracting more children, and that’s where it all began.

It was 1970, and Wright started playing every Sunday morning when the children gathered for Sunday school. Soon she was asked to teach a class, as well. Attendance hadn’t increased appreciably, though, so Wright began inviting her young son Patrick’s friends to attend.

While teaching Sunday school, Wright was also asked to be a Cub Scout leader for her son’s troop, and she agreed. It never crossed her mind that all the children in her troop except her son would be White, said Wright, but skin color didn’t seem to matter to anyone. They played games and cooked and participat...