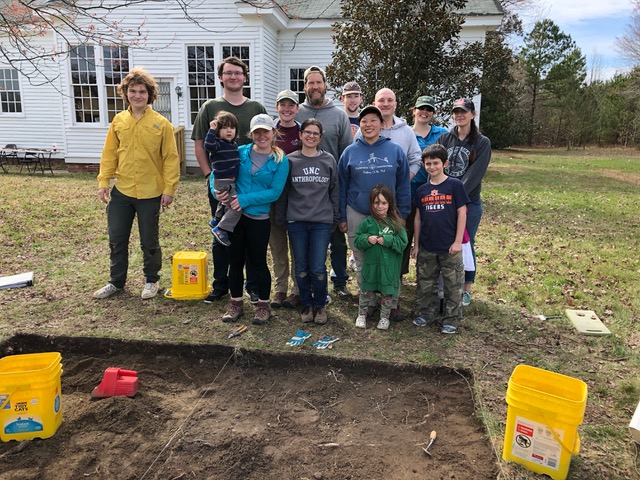 Colleen Betti holds the artifact from 1917, a notebook tag from a Baltimore department store.

On Saturday, March 14, the Fairfield Foundation sponsored an archaeological dig led by Colleen Betti, a Fairfield associate and doctoral candidate in anthropology at the University of North Carolina at Chapel Hill.

She was joined by fellow archaeologists and enthusiasts to explore history on the Woodville School grounds on Route 17 in Gloucester.

Among the items turned up at the dig was a notebook tag dated 1917 from a Baltimore store. It’s being cleaned properly at this time, but a tag from the same department store is now part of the Smithsonian collection.

On display were artifacts from previous digs led by Colleen Betti at the Woodville site, the Bethel Rosenwald School site, and the Glenns/Dragon School—a one-room African American school that operated from 1883 until 1929.
...