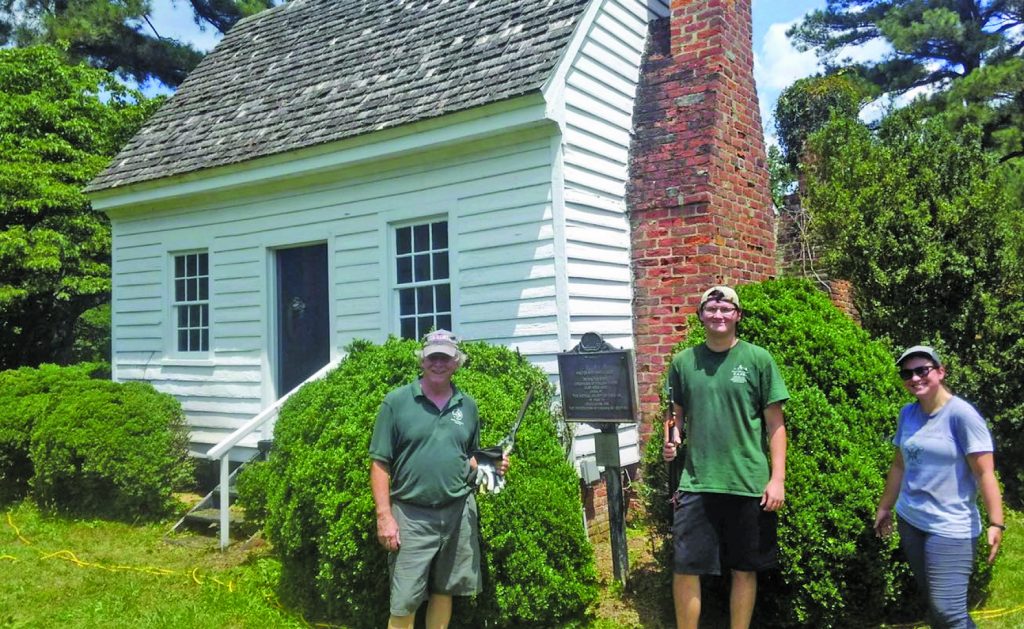 Volunteers and staff after a socially-distanced day tidying up Walter Reed’s Birthplace. Shown from left are Tom Karow, Ryan Brauckmann and Chandler Fitzsimon.

Fairfield Foundation staff archaeologist Katie Brauckmann adjusts settings on a transit used to lay out and record units for excavation at Palace Green.

The Fairfield Foundation and the Gloucester Preservation Foundation will open Dr. Walter Reed’s Birthplace to the public on Saturday during Historic Garden Week in Virginia. In 1926, the Medical Society of Virginia saved the tiny house, and the structure has since become a well-known Gloucester icon located at the corner of Belroi and Hickory Fork roads.

“The birthplace represents one of the first preservation efforts in Gloucester County,” said David Brown, Co-director of the Fairfield Foundation and Chairman of the Board of the Gloucester Preservation Foundation. “It was once tucked behind commercial buildings fronting on Hickory Fork Road in the community of Belroi.”

In 1851, after a fire at the Bellamy Church parsonage, the small building was offered to the congregation’s new preacher, Lemuel Reed, and his family, which ...