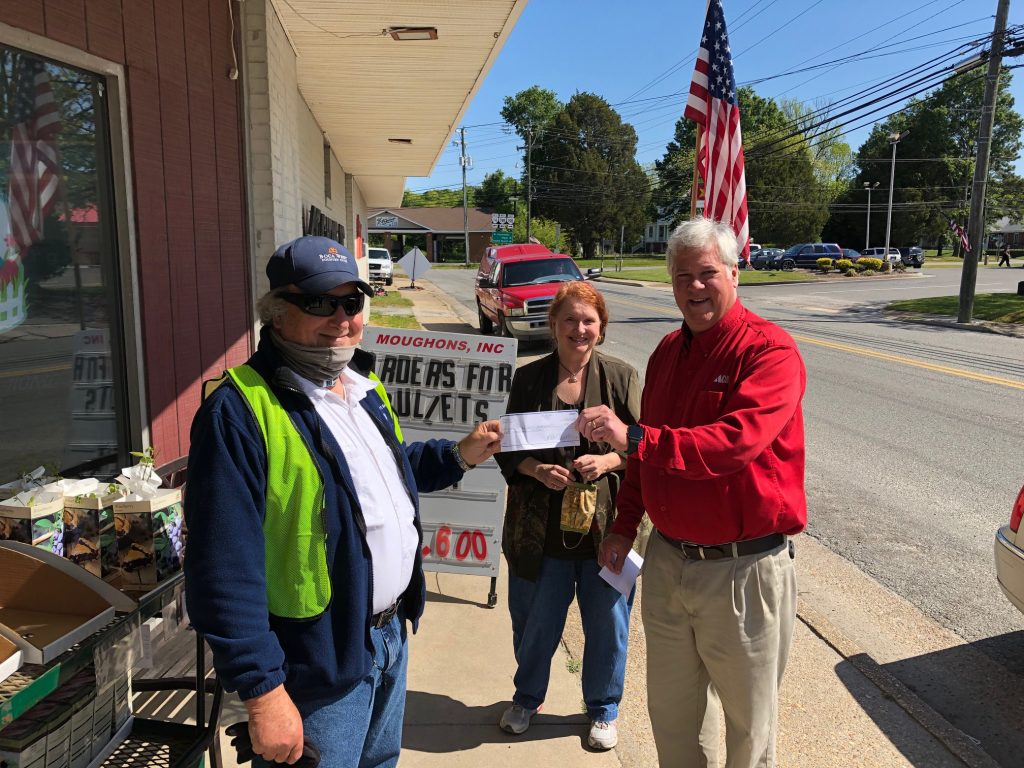 Michael Carone from Hands Across Mathews, at left, accepts a $1,000 check from Mark Letchworth of Moughons Ace Hardware, as Cheryl Dale Karow looks on. The money represents part of the proceeds from the sale of cloth face masks that Karow made.

When Mark Letchworth of Moughons Ace Hardware and Cheryl Dale Karow, both of Mathews, realized that the situation at two food banks was critical, they joined forces to help.

Karow is a quilter who had plenty of fabric on hand to make face masks. Letchworth had a ready outlet for the masks. So, when the face mask supply nationwide became critical and food banks were suffering shortages, the two decided they had a way to help a lot of folks locally.

After the first batch of masks was made using elastic she had at home, Karow found she was unable to purchase quarter-inch elastic anywhere in the state or online. First, she purchased hairbands that she cut up to use a...