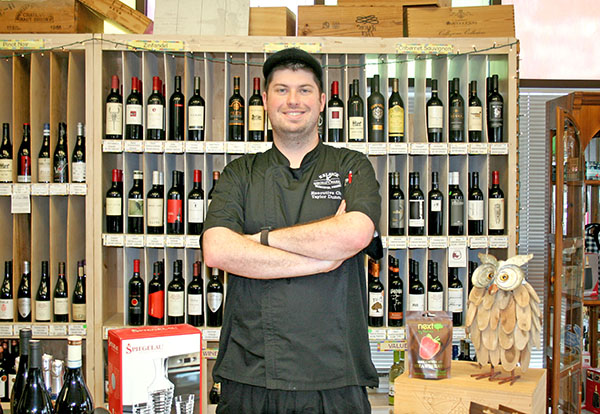 When this new position of executive chef became available at the Main Street business, he didn’t hesitate. Duncan said he is excited to finally be able to stretch his creative muscles to design his own menus and recipes. However, there are some rules Duncan wants to abide by—“everything local, everything fresh, and everything homemade.”

For the market, the chef position is a way for them to become a higher end rounded catering option for the area. “We’re really tryin...