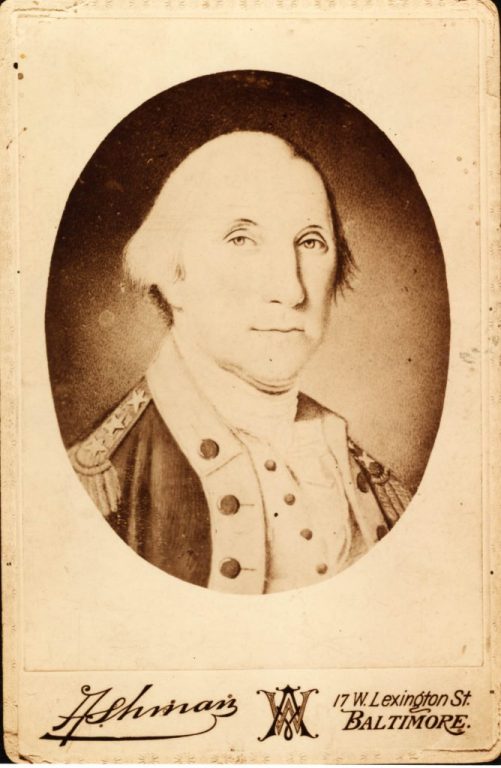 A portrait of Gen. Thomas Mathews of Virginia. The photo, taken from an ivory painting dated June 11, 1782, is from the Thomas Mathews-Pentz Collection in the Mathews Archives.

Becky Barnhardt, head of genealogy and family research services at Mathews Memorial Library, has found some evidence that appears to contradict information provided in a recent article about the role that General Thomas Mathews played in the Battle of Cricket Hill, which is also known as the Battle of Gwynn’s Island.

That article, printed in the Dec. 24 issue of the Gazette-Journal, was based on an entry in the July 1901 edition of The Virginia Law Register, which stated that Gen. Mathews served as a colonel under General Andrew Lewis during the battle, which took place on July 9, 1776, and resulted in Lord Dunmore being driven from Virginia.

The article further stated that, according to the Virginia Law Register entry, Mathews directed the shot that damaged Dunmore’s ship, and that Mathews erected a fort at Cricket Hill that was named after him.

Barnhardt, however, found an article from the July 19, 1776 issue of the Virginia Gazette that provides a contemporary account of w...