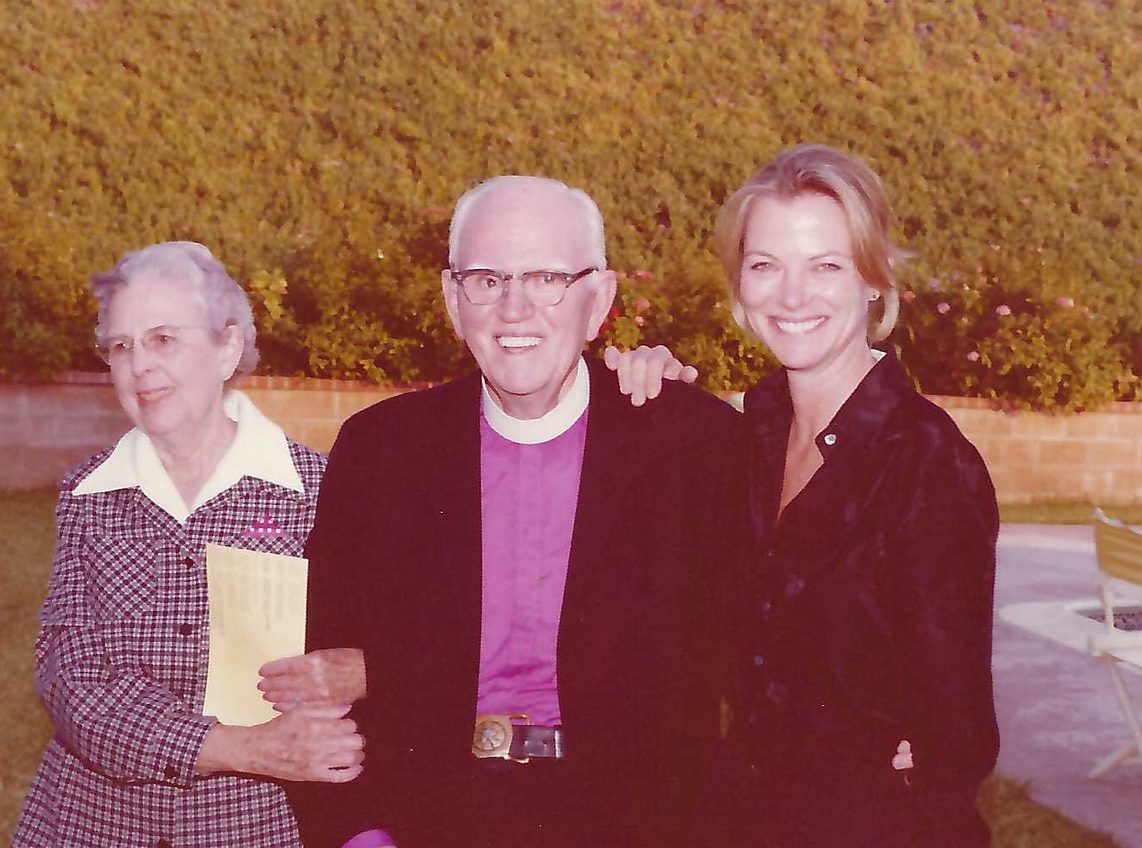 Estelle Louise Fletcher, 88, of Los Angeles, Calif. and Montdurausse, France, passed away on Sept. 24, 2022. She died peacefully at her home in France, secure in the loving presence of her devoted family and friends.

Louise was born in Birmingham, Alabama, the second of four children of the Rev. Robert Capers Fletcher and Estelle Caldwell Fletcher. Her parents were pioneers in ministering to the Deaf in the nine southern states of the Episcopal Church’s Province of Sewanee. Their example of faithful service and compassionate care for the needs of others was a source of inspiration to Louise throughout her life.

She spent two years as a student at All Saints Episcopal College for Women, Vicksburg, Miss., where her ambition to become an actor was supported by talented faculty mentors who provided opportunities for her to gain experience and confidence. Louise completed her studies at the University of North Carolina, Chapel Hill, where she majored in drama, regularly performed with the Playmakers Repertory Company, and was graduated in 1957.

Her family and friends cheered her on after graduation when she set out to drive from Chapel Hill to Los Angeles with two girlfriends to pursue a career in “Hollywood.” Almost 20 years later, her televised “thank you” to her parents on receiving an Oscar for Best Actress, which she communicated in spoken word and American Sign Language, was considered a first by many viewers of the 1976 Academy Awards and especially appreciated by the wider Deaf community.

In 1982, Louise was the keynote speaker at Gallaudet College’s Commencement. She shared the stage with her father (Gallaudet College Class of ’26) who delivered the Invocation, while her mother (Class of ’28) looked on proudly.

Gallaudet College (renamed Gallaudet University in 1986) presented Louise with an honorary degree, Doctor of Humane Letters. She was recognized many times for her talent and professional success, but no award ever meant more to her, especially because her father had been similarly honored by his alma mater in 1957.

Survivors include her two sons, John Dashiell Bick and Andrew Wilson Bick of Los Angeles; her granddaughter, Emilee Kaya Bick; her sister and brother-in-law, Roberta and Edward Ray, residents of Gloucester, and her extended family of nieces and nephews, all beloved by their Auntie Louise.

A graveside service will be held at 2 p.m., Saturday, Oct. 22, at the Bryan City Cemetery, Bryan, Texas, hometown of the Caldwell family. The Rev. Daryl Hay of St. Andrews Episcopal Church in Bryan will conduct.

Arrangements are by Callaway-Jones Funeral Home.