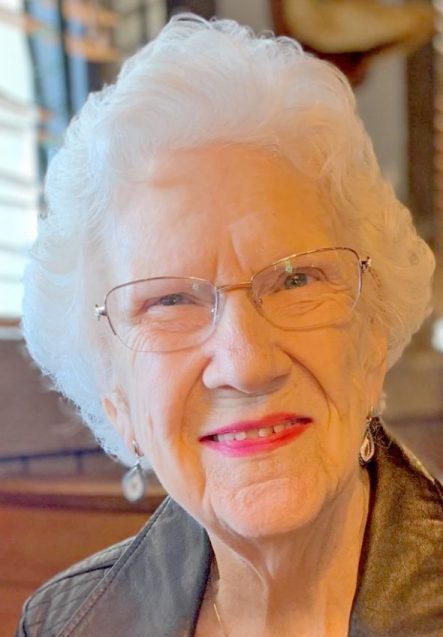 Elizabeth Hatch Newton, age 92, of Gloucester, Virginia, passed away peacefully at the home of her son and daughter-in-law on June 27, 2022. She was preceded in death by her parents, Enoch and Hilda Hatch; the love of her life, her husband, Elton Newton; her brother, Kenneth Hatch Sr. She is survived by her daughter, Patricia “Pat” Jensen of Williamsburg, Virginia; her son, Elton “Andy” Newton (Michelle) of Calhoun, Georgia; her grandchildren, Madelyn “Maddie” Newton of Norfolk, Virginia. and Daniel Newton of Pensacola, Florida, Kathryn “Katie” Rhea of Pensacola, and John “Jack” Rhea of Atlanta, Georgia, and numerous nieces and nephews. A lifelong resident of Gloucester until two years ago, Elizabeth attended Ebenezer Baptist Church from two months of age until the church’s recent dissolution. Her love for her family and “old” Ebenezer was evident to everyone. Always outgoing, she delighted in being referred to as “Queen Elizabeth” in her later years. As a pre-kindergarten teacher, she was adored by her students and their parents.

Elizabeth enjoyed gardening, quilting, traveling and spending time with her dear friends, the Birthday Girls. Being able to return to Gloucester last month to attend the Newton family reunion brought her much joy and peace.

Special thanks to her caregivers both in Gloucester and Georgia.

Visitation was held from 7-9 p.m. Tuesday, July 5, at the funeral home. A graveside service took place at 3 p.m. on July 6 at Ebenezer Baptist Church Cemetery, Gloucester.