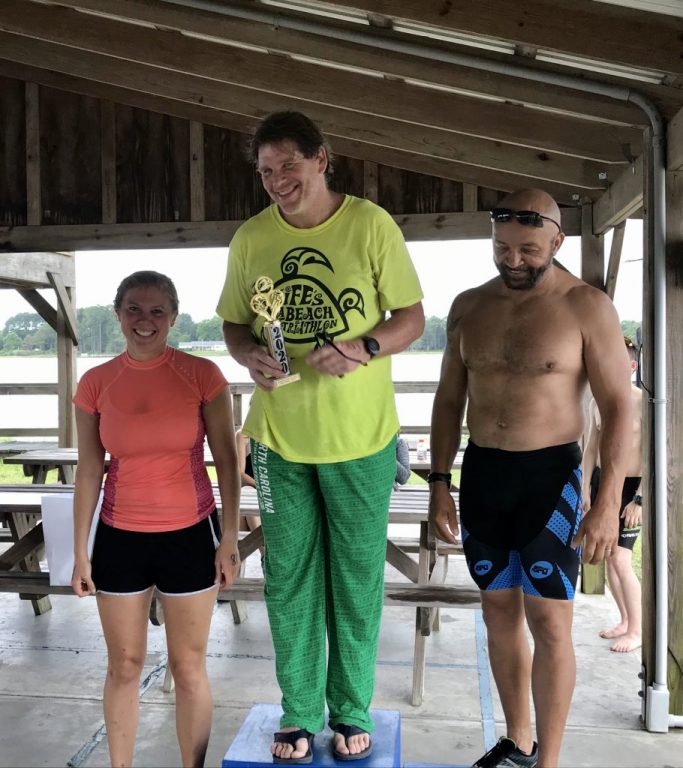 Gunnar Eichler set a new course record of 43:02.4 in winning Saturday’s Micro-Triathlon at Williams Wharf Landing. It was the final event in a summer series sponsored by Virginia Tidewater Trailrunners. The micro-tri includes a quarter-mile swim, 8-mile bike ride and 2-mile run.

Zack Gibbs, the previous record holder, came in second behind Eichler in 46:16.5, and Christopher Desteli was third in 46:40.2.

Elena Wigglesworth was the top female finisher on Saturday.

While Eichler took top prize Saturday, Joel Isley won the crown for the 2020 Series and was named champion with an overall time of 3 hours 20 minutes. Behind him gaining series honors were Doug Parades (3:30) and Helen Morris (3:36).

Lending a festive air to the finale of this ...