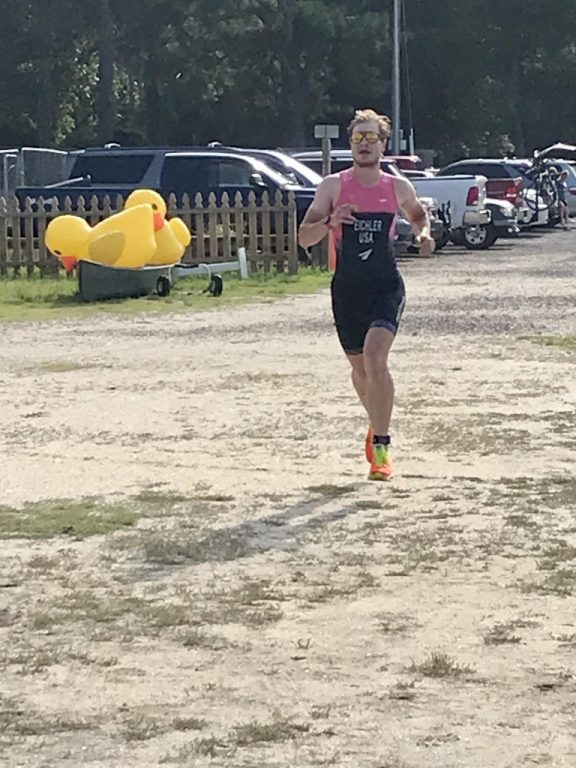 Gunnar Eichler set a new course record on Saturday, at the Mathews Outdoor Club’s micro-triathlon held at Williams Wharf, beating his own record from 2020. He covered the course, which included 0.2 mile in the open water, eight miles on a bike and a two-mile run, in 38:59.1.

Gabriela Linkonis, 14, was the first female to cross the line.

Finishing second was Steven Warshauer, 47:15.1, and in third place, and the first female winner, was Gabriela Linkonis in 47:23.1. This was her first triathlon and at 14 she was one of the youngest participants, said organizer Christine Johnson. She beat her father, Richard Linkonis, who finished seventh.

Other first-time participants were Nicole LIagn, Samantha Treichel and Solange Paredes, all daughters of triathlon regular Doug Paredes of Mathews.

Additional triathlons are planned for July 31 and Aug. 21. For information visit the club’s website, www.mocva.net/mmts.
...