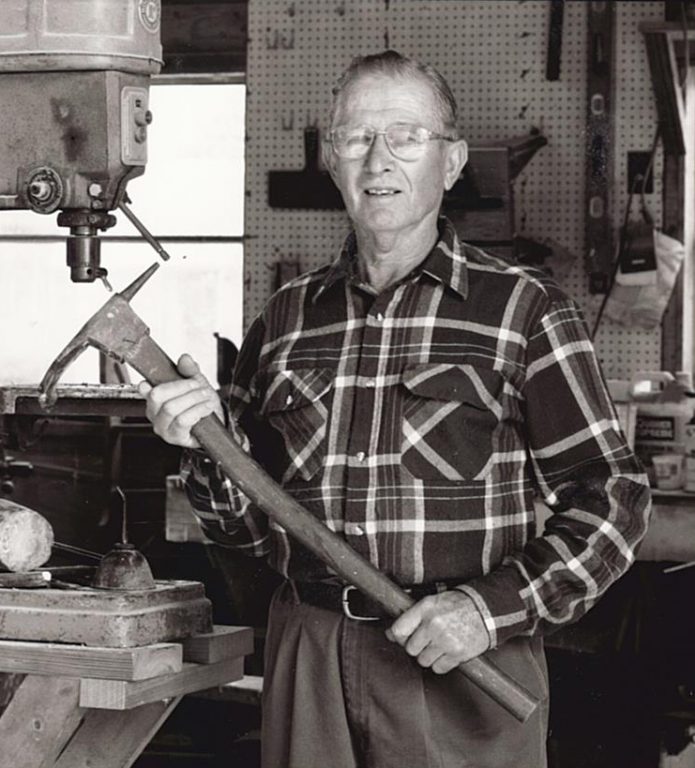 Edward Nelson Diggs passed away on Thursday, Nov. 26, 2020, at the age of 93. He was preceded in death by his son, William E. Diggs. He is survived by his wife of 70 years, Louise; a daughter, Susan Mangerchine (Mike); his sons, James Diggs (Mary), Richard Diggs (Lloydette) and George “Andy” Diggs (Kim); 11 grandchildren, nine great-grandchildren, and also his sister, Elsie Illg.

“Mr. Edward,” as he was known by a lot of his boat owner friends, lived in Mathews all his life. He was a master craftsman and was always building something. As a side job, he built houses, and remodeled or whatever was required to keep the family fed. However, his true skill was as a boatbuilder. He was known far and wide but, especially in Mathews, for his ability to build a Chesapeake Bay deadrise boat. He built boats well past his retirement years and was always available to help work on someone’s boat. When he wasn’t able to build full-size boats anymore, he started building model boats for people who owned his boats. Not only was he a boatbuilder, but a loving husband and wonderful father, grandfather and great-grandfather. He was a veteran of the Korean War and a pillar of the church at Mathews Baptist Church. In his later years, he also took up the game of golf.