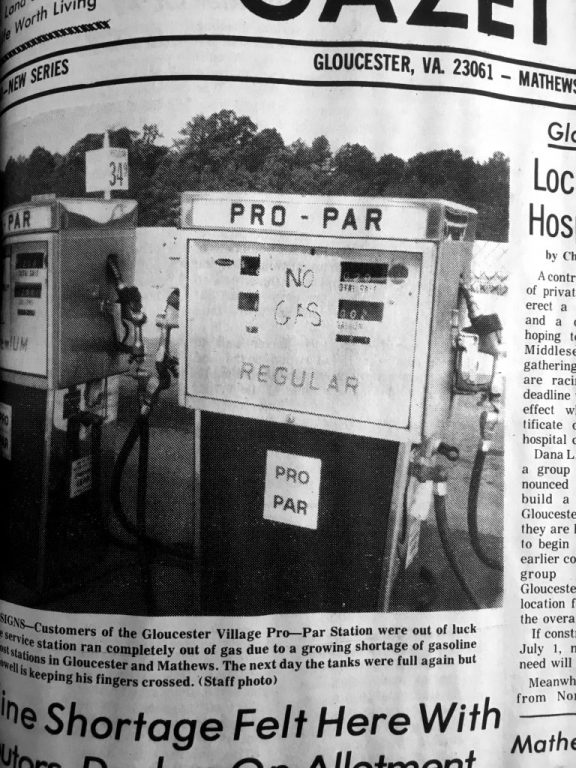 A service station on Main Street in Gloucester was out of gas in June 1973, as the first wave of an ongoing energy crisis struck the United States.

In June 1973, when gasoline was selling for about 40 cents a gallon, the first shock hit: no gas, due to geopolitics and, later in the year, an oil embargo imposed by the Organization of Petroleum Exporting Countries, aka OPEC.

OPEC was public enemy number one for a lot of years, and people of a certain age remember long lines for gasoline, rules that you could only fill up if you had less than half a tank (did attendants really check your gauge?) and odd-even days. You could fill up depending on whether your license plate ended in an odd or even number. This was before the days of vanity plates.

Last week’s gasoline panic buying was triggered by a modern enemy: cybercrime. Dark Side criminals overseas, probably in Russia, locked out Colonial Pipeline which supplies much of the East Coast. Shortages were rumored, and panic buyers did the rest, draining stations of their fuel shortly after ta...