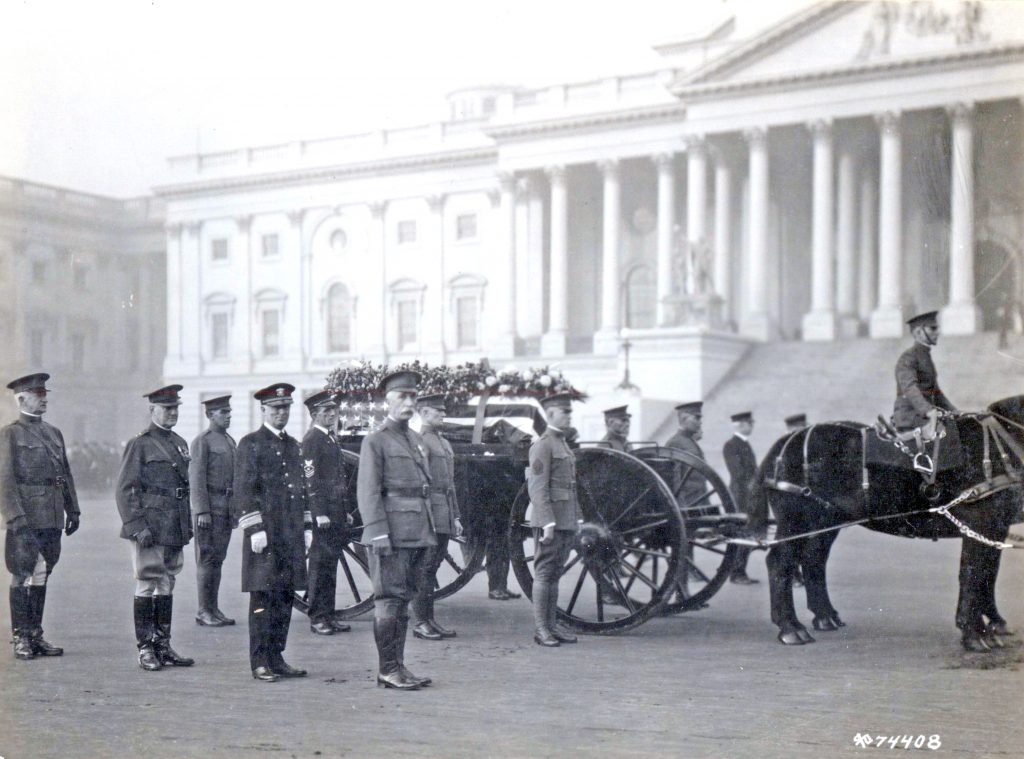 US ARCHIVES Caisson bearing the remains of an unknown soldier from World War I in front of the U.S. Capitol, preparing for interment in Arlington National Cemetery and accompanied by pallbearers cited for valor in the war. This happened 100 years ago today, Nov. 11, 1921.

One hundred years ago today, on Nov. 11, 1921, the United States dedicated its Tomb of the Unknown Soldier in Arlington National Cemetery.

World War I had produced, as had all wars in the past, service members whose remains could not be identified. Finally, by act of Congress in 1920, provision was made for the interment of one unknown soldier at the national cemetery “who typifies … the soul of America and the supreme sacrifice of her heroic dead.”

One such soldier was exhumed in France and brought home for the tomb. On Nov. 11, 1921, this soldier’s remains were placed on a horse-drawn caisson in front of the U.S. Capitol. Two minutes of silence were observed nationwide.

The procession stepped off, ending at the final resting place, which remains one of the nation’s most revered shrines, on the far side of the Potomac River.

There is a local connection.

Soldiers with valorous records from t...