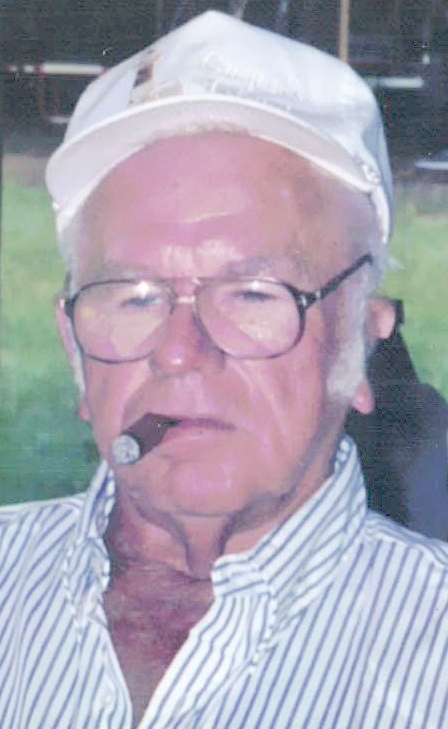 Eddie Wilson Rowe, a native of Gwynn’s Island, passed away on Christmas Eve, Dec. 24, 2021, at his home on the island. Eddie was a friend to everyone who knew him and, in his later years, loved to sit with friends and neighbors reminiscing about the old days while enjoying a cigar. He also enjoyed riding his golf cart and keeping his yard immaculately cut.

Eddie served in the U.S. Air Force from 1951 to 1955, including a stint with the 1600th Air Terminal Squadron in Korea during the Korean War. He received the Korean Service Medal, United Nations Service Medal, National Defense Service Medal, and the Republic of Korea Presidential Unit Citation.

After his military service, Eddie worked as a launch operator for the Maritime Administration with the James River Reserve Fleet, Fort Eustis, Virginia. He retired in 1987 after working 36 years with the Fleet.

Eddie had a lifelong passion for horses and for many years trained and raced Trottingbred horses in Virginia and later during his retirement in Florida, where he lived for many years, at the Sunshine Raceway.

Eddie was preceded in death by his parents, George Wilson Rowe and Hilda Callis Rowe, and his younger brother, Gerald Rowe.

A graveside service will be held at the Gwynn’s Island Cemetery at 11 a.m., Thursday, Dec. 30, 2021. Pastor Dave McKnight of Gwynn’s Island Church of the Nazarene will officiate. Arrangements by Faulkner Funeral Homes, Foster-Faulkner Chapel, Mathews,