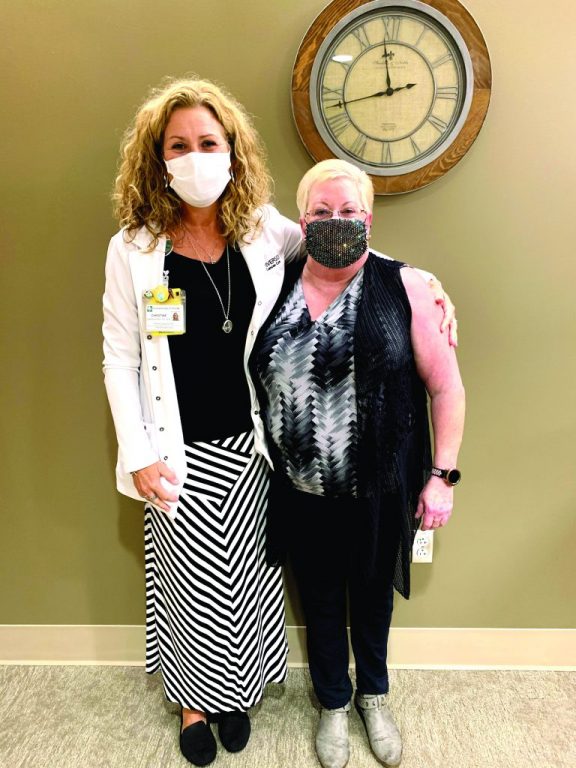 “That was a unique finding,” said Christine Johnson, OCN, BSN, RN, who is Morrison’s Nurse Navigator. “It was a big surprise,” said Morrison.

The cancer was found at Stage 1c, three months before her regularly scheduled yearly mammogram. Morrison received her diagnosis in May 2019 at age 61. She had a breast biopsy and lumpectomy done the very same month by Dr. Melvin D. Schursky, general surgeon at Riverside Walter Reed Hospital.

She knew the importance of having a yearly mammogram, especially since she lost her aunt to breast cancer. Morrison has had one performed every year since age 40.

After her lumpectomy, Morrison took 20 radiation treatments over the course of four weeks and then went on hormone therapy.” She had hormone positive breast ...