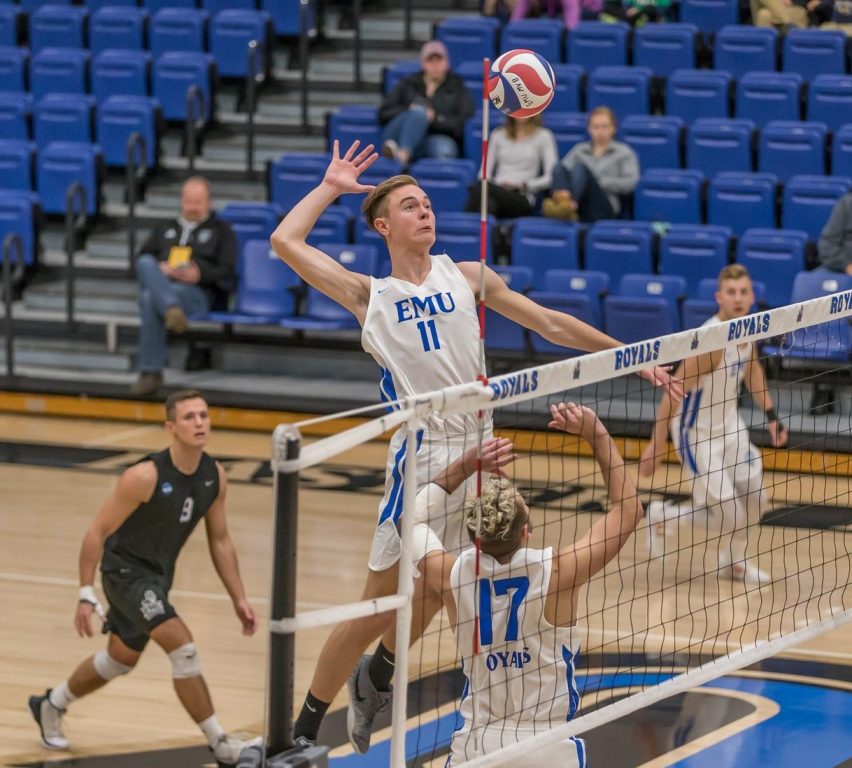 Flashing a bright spot on a season cut short for the Eastern Mennonite University men’s volleyball team, sophomore Jacob Durren of Gloucester, was selected to the All-Continental Volleyball Conference Second Team for the 2020 season.

Durren played in all 11 of the Royals’ matches seeing action in each of their 34 sets. Racking up 49 kills on 117 attempts, he held a .265 hitting percentage which placed him in a tie for 10th in the CVC.

The middle blocker hit a season-high 11 kills in a match against Elizabethtown where he swung at a .500 percentage in the match. Durren hit .500 or above in two of EMU’s three victories this year.

On the defensive end he had 19 total blocks, three of which were solo and assisting on 16. The sophomore averaged 0.54 blocks per set as five blocks came in their first game of the season against St. Andrews.

The All-CVC awards are voted upon by the league’s coaches, who were not permitted to vote for their own players.The Royals ended the season wi...