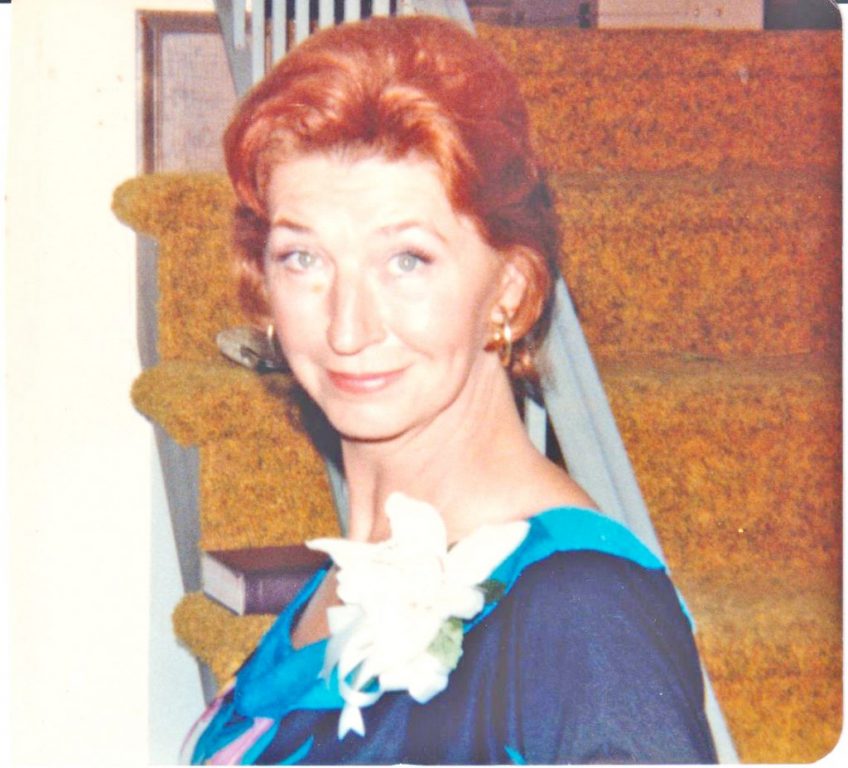 Donna Lue Stone, 88, of Hallieford, died July 22, 2020.
She was born in Leaksville, North Carolina, and was raised in Virginia. She graduated from Washington and Lee High School in Arlington.

Survivors include her children, Bruce Carter, Melanie Carter and Patricia Carter, and five grandchildren.
She was preceded in death by her parents, Elva Marion Brooks Hughes and Elijah Broaddus Hughes; her husband, James R. Stone, and a brother, Derek Van Hughes.

She will be buried next to her husband in Arlington National Cemetery at a later date.
Memorial contributions may be made to Bay School Community Arts Center, P.O. Box 1524, Mathews, Va. 23109.

ROONIE (DONNA) STONE
A dear friend is someone you never let go, they stay in your heart in that “keepsake” place even after their passing. Such is the case with Roonie (Donna) Stone.

Friends and family will stow away that vibrant red hair, generous laugh, coy glance, mischievous manner, and written witticism. Colorful in life as well as dress, wearing purples, pinks, and ocean tones, while holding her artist’s brush in one hand, a wine glass in the other—she coated her canvases in forests and vines, birds and nymphs, fairies and trolls. Her vivid imagination saw beyond the now, and her cheery attitude helped her rise above mundane trials. She will be sorely missed and we pray she made her way to soar with the angels.
-by Pam Manz, fellow artist