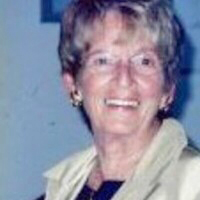 Dolores Wharton Kerns, 88, died on Nov. 26, 2022, at her home in Gloucester, Virginia, surrounded by loved ones. She was born in Richmond, Va., and was the daughter of the late James T. and Marquette Morano Wharton. She was retired as a manager of a beauty salon in Williamsburg and was a member of Ware Episcopal Church in Gloucester.

She had six children and 10 grandchildren, Charles Kerns Jr. and wife Gail of Gloucester (Josh and Megan); Deborah Kerns-Anderson of Gloucester (Sean, Chase and Lee); Vernon Kerns III of Mathews (Vernon IV); Norma Jean Kerns Edwards and husband Bruce of White Stone (Brooke, Whitney and Hunter); the late Thomas Kerns of Gloucester (Ford); and John Kerns of Gloucester, and five great-grandchildren. She is also survived by her sister, Gwendolyn Thrift of Georgia, and her brother, James T. Wharton Jr. of Florida.

Andrews Funeral Home, Gloucester, is in charge of arrangements. Funeral services will be private. In lieu of flowers, contributions can be made to Ware Episcopal Church, Gloucester.