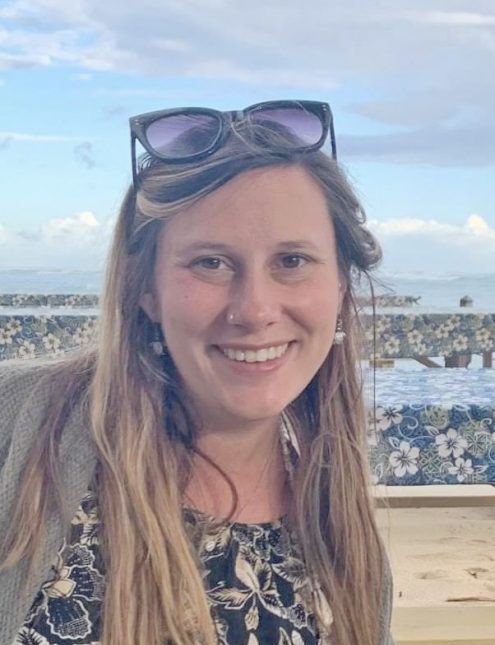 Diana Chadwick Damian Futrell, 29, of Mechanicsville, died March 8, 2022. Diana was born in Richmond, Va., on Nov. 16, 1992 to Kevin Damian and Shelley Grant Damian. Diana was an inspired teacher. She taught seventh grade science at Bell Creek Middle School where she and her students enjoyed keeping lots of lizards, frogs, etc., in her classroom. She taught online during the COVID-19 pandemic, which she enjoyed; technology was fun for her. This year Diana taught high school science online. She had a knack for making things like genetics fun. Instead of peas, they used characters from popular movies to teach dominant and recessive traits. As a kid, she played soccer and swam with the Milestone Makos and YMCA swim teams. She was also a member of the Hanover High School Color Guard. She graduated from Hanover High School in 2011 and attended Randolph-Macon College, where she received her Bachelor’s in Biology in 2015. Shortly thereafter, Diana attended the University of Richmond and received her Master’s in Education in 2019. Diana was a wonderful mother, daughter, sister, friend, and teacher. She loved her children more than anything in the world, doing everything she could to enrich their lives and make them secure in her love and constant attention. She had so many plans for their future together. The most important part of Diana’s life was her children. She always had fun activities planned; from trips to Jamestown, Yorktown, Nags Head, the Baltimore Aquarium, Virginia Museum, and home projects with butterflies, cooking, gardening, and crafts. Diana loved her friends.

She had a wonderful sense of humor, loved pranks, guinea pigs, cats, and pugs. She loved playing board games and video games with friends and family. While we don’t yet know why her life was cut short, we find peace that she is now with God. She is survived by her son, 10-year-old Cordell; her daughter, two-month-old Daphne; sister, Eileen Robins Kittle (Scott); brothers, Kevin Damian and George Damian (Amanda), and nieces, Michelle Haas Boothe, Sarah Haas, and Daniella Damian. The family received visitors on Wednesday, March 16 and Thursday, March 17 from 2-4 p.m. and 6-8 p.m. at the Mechanicsville Chapel of Bennett Funeral Home, 8014 Lee Davis Road, Mechanicsville, Va. 23111. The funeral service was held on Friday, March 18 at 11 a.m. at St. Ann’s Catholic Church, 105 S. Snead Street, Ashland, Va. 23005. Interment followed in Woodland Cemetery, 11310 Hanover Avenue, Ashland, Va. 23005, with a reception to follow at St. Ann’s Catholic Church.