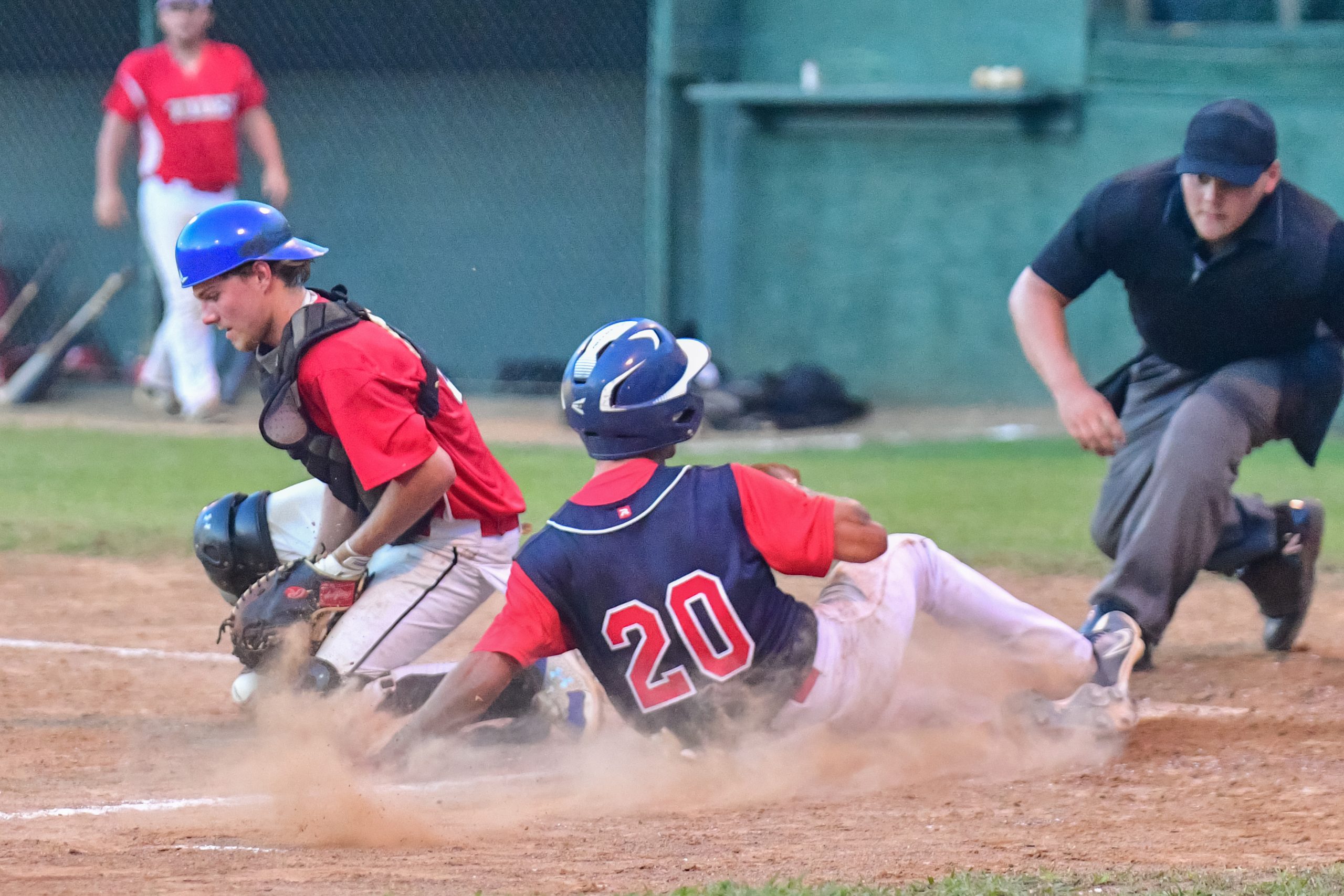 Deltas’s shortstop Brandt Brophy slides safely into home as the Tides attempt to put him out.

Travis Crump drove in three runs, including his league-leading fourth home run of the season, as the Deltaville Deltas surged early past the Tappahannock Tides, 9-5, on Saturday night.

The win pushed Deltaville to an 11-2 mark in Richmond NABA play, and guaranteed the Deltas top seed in the East Division for the league tournament, which begins Tuesday. The Tides fell to 8-5, tied for second in the division with the Richmond River Dogs.

The season’s regular season finale will be this weekend, as the Deltas take on a pair of competitive games to finish out the regular season. On Friday, the River Dogs will visit Deltaville to make up an earlier rainout. On Saturday, the Deltas will host the Prince George Blue Sox, leader of the Virginia Commonwealth Baseball League. The Blue Sox are on a bye week before their postseason tournament, which they enter after having lost just one game during the regular season. Both games start at 7:30 p.m.

On Saturday against the Tides, Deltaville ...