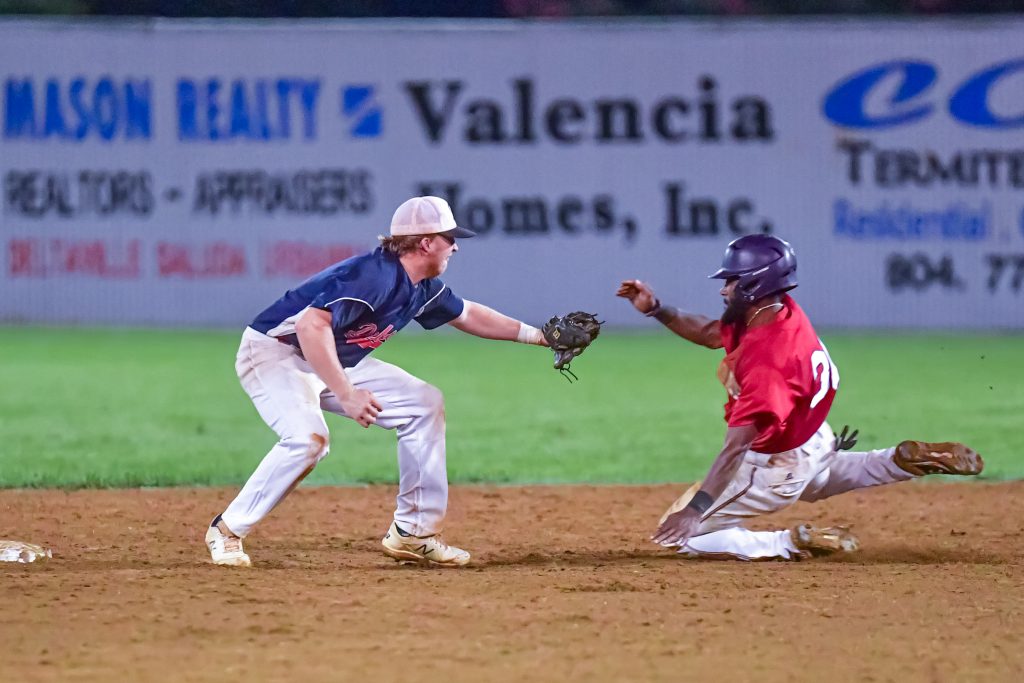 Trailing 8-2 in a win-or-go-home semifinal game, the Deltaville Deltas were faced with an abrupt ending to their undefeated season. But after fighting to tie the game in the bottom of the ninth, Devin Sisson laced a two-out, two-strike base hit to the outfield to score Jacob Houston and the Deltaville Deltas completed a miraculous comeback against the Tappahannock Tides, 9-8, on Sunday night.

With the win, Deltaville advances to the NABA Richmond championship series, a best-of-three contest that will be played starting tonight at Deep Run High School in Richmond. Game two will be played Sunday at Varina High School, with game three, if necessary, to be announced.

Cole Stamm struck out 10 batters over 6 1/3 dominating innings of relief, earning the win.

On Sunday night, in a game unexpectedly moved to Deltaville when the weekend’s rain rendered the scheduled Richmond fields unplayable, Deltaville struck first, taking a 1-0 lead in the first inning when Spencer Crittenden sing...