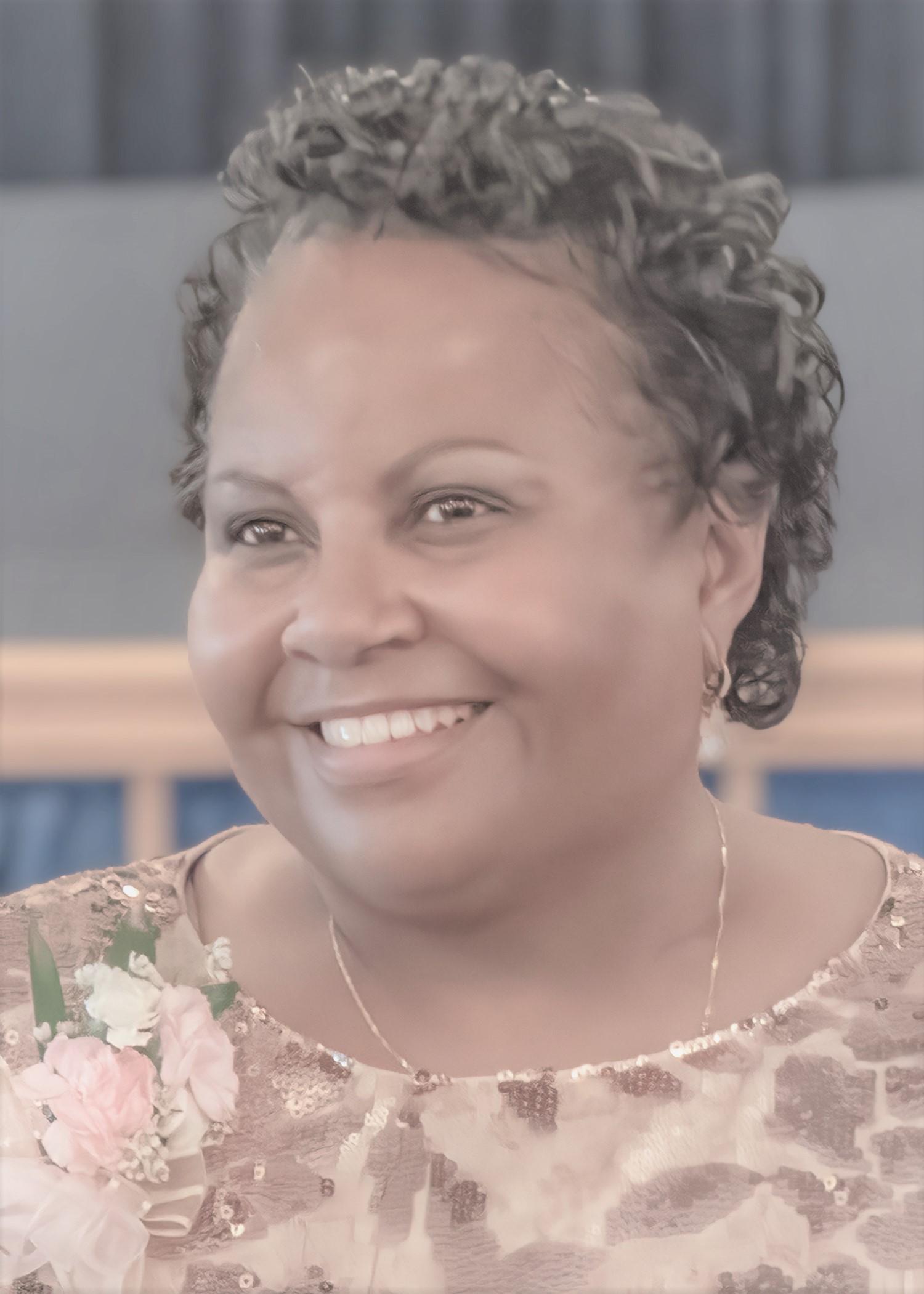 Delphia Frederica Smith Ferguson, age 58, of Cobbs Creek, passed on Saturday, Jan. 7, 2023. She was a bundle of great joy born to her parents St. Elmo and Janette H. Smith early Easter Sunday morning, March 29, 1964. Her early education began in Washington D.C. and was continued in Fauquier County public schools. Delphia had many interests, one of which was learning to play piano where she enjoyed playing the first gospel song she ever learned, “Soon and Very Soon.” She loved to sing, so much so that she attempted to sing at a nightclub; moreover, Delphia often attempted to emulate one of her favorite singers, Minnie Riperton. In her early childhood, Delphia embraced Christ, and later became a member of Ebenezer Baptist Church where she was a choir member and participated in the ministries of the church. After graduating from Fauquier County High School, she went on to study business management at Strayer University. Delphia worked as a well-accomplished, licensed insurance broker where she owned and enhanced her agency for over 30 years. She was so much more than just a business owner; she was a charismatic, generous individual who enjoyed helping others. Through it, she met the needs of many in the surrounding communities. A true public servant, Delphia was a trailblazer who championed community involvement; there was never a dull moment in her life. Delphia also received many awards for her service to the community. She always found a way to problem-solve and meet needs while having a servant’s heart. She was married to Mark Ferguson, a devoted and loving husband for 17 years. They enjoyed gardening, traveling and creating many memories. Often described as a spontaneous, outgoing, adventurous soul filled with joy, Delphia walked with a confidence that was magnetic and a smile that was reassuring. Delphia was preceded in death by her grandson, Elijah Bates and leaves to cherish her memory her husband, Mark Ferguson; children, Carlos, and Maria Hughes; five grandchildren, Jayden, Carlos Jr., Charles Hughes, Chastity Hearn, and Yasmine Newton; sister-in-law, Angela Ferguson; her parents, Mr. and Mrs. St. Elmo Smith Jr., and four siblings, Nathaniel (Mitzi), Jared (Samara), Shawn (Stacey) Smith, and Malia (Wesley) Cropp; her cousin, Janina Fletcher, and a host of nephews, nieces, friends, and acquaintances whose lives were greatly touched by Delphia. The family will receive friends on Friday, January 13, 2023, from 10:30-11:45 a.m. in Newington Baptist Church, 6169 Main Street Gloucester, Va. 23061. A funeral service will begin at noon followed by interment at Ebenezer Baptist Church Cemetery, 3061 Buckley Hall Road, Cobbs Creek, Va. 23053. Services under the direction of Hogg Funeral Home.