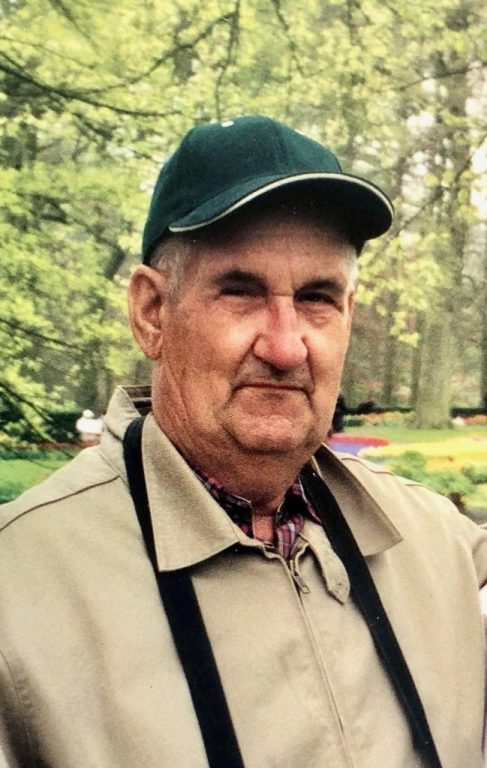 David Lee Lipps, 93, passed away on Feb. 21, 2021 in Gloucester, Va. Born Jan. 26, 1928 in Aldie, Virginia, he was the sixth of nine children born to Elbert Bullitt Lipps and Sue Mae Kirk. He grew up on the family farm, Monroe Grove, and graduated from Aldie High School in 1946. He then obtained a bachelor’s degree in Agricultural Education from Virginia Polytechnic Institute and State University in 1952. A Korean War veteran, he served his country as a medic during the conflict. He worked for the U.S. Department of Agriculture Soil Conservation Service, first in Loudoun County for 10 years until he transferred to Gloucester County in 1963. He lived in Gloucester for the remainder of his career, retiring in 1993. In 1964, he married Elizabeth Ford Johnson in Falls Church, Virginia, and raised two sons.
An avid gardener, David was famous in Gloucester County for planting hundreds of thousands of daffodils and various other bulbs throughout the county, usually donated by Brent and Becky Heath. He raised a large garden each year and readily gave vegetables to the community. He was a past Grand Marshal for the Gloucester Daffodil Festival. In addition to his 60+ years of perfect attendance with the Ruritan Club, he served many roles within the club including president, vice president, and treasurer, the latter of which he held for over 40 years. He was a past member of the Gloucester Volunteer Fire and Rescue Squad and was a member, past deacon, and past elder of the First Presbyterian Church (now Grace Covenant) in Gloucester. In his retirement, he enjoyed traveling, working countless numbers of jigsaw puzzles and, of course, gardening. David worked tirelessly, not just for his family, but for the betterment of the world around him and the benefit of others.

He was predeceased by his parents; his three brothers (Elbert B. Lipps Jr., Jonathan Lipps, and Cicero Lipps), and two sisters (Nancy Lipps Nugent and Sue Lipps Gleason). He is survived by his wife of 56 years, Elizabeth Ford Lipps of Gloucester, and two sons, Stephen David Lipps of Washington, D.C., and Dr. William Ford Lipps of Richmond, Va. He is also survived by three remaining sisters, Elizabeth Lipps McNair of Williamsburg, Va., Virginia Lipps Soden, of Middletown, Conn., and Joan Lipps Schulze of Clifton, Va., as well as a host of nieces and nephews. He also leaves two special friends, Bruce Woodson and Norman Hahn, who helped him immensely in navigating his final years. Members of the Gloucester Ruritan Club will serve as honorary pallbearers.

In lieu of flowers, please donate in his name if you wish to the Gloucester Volunteer Fire and Rescue Squad or Gloucester County Bread of Life. A graveside service will be held at Windsor Gardens Cemetery, Dutton, Va. on Friday, Feb. 26, 2021, at 2 p.m. Andrews Funeral Home & Crematory is in charge of arrangements.